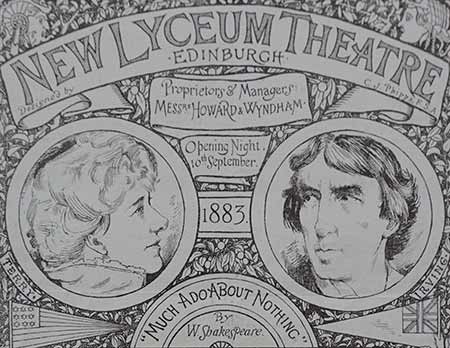 Ellen Terry (1847-1928) was the queen of Victorian theatre and the leading Shakespearean actress in Britain.

She had a long professional relationship with the actor Henry Irving, and was the leading lady at the Lyceum Theatre from 1878.

This image of Ellen Terry and Henry Irving featured in our display, 'Playing Shakespeare: 400 years of great acting', at the Library from 17 March until 12 June 2016.