'It's life Jimmy, but not as we know it': Science fiction in Scotland 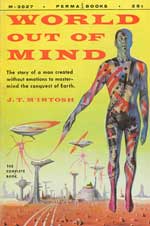 This display ran from 28 March to 30 June 2012 at the National Library of Scotland.

'It's life Jimmy, but not as we know it' was a display of some of the science fiction work that Scottish writers, and writers living in Scotland, have been producing over the past 200 years.

Exhibits from the National Library of Scotland's science fiction collections took visitors on a journey into the past, present and future of this little explored space of Scottish writing.

The keyboards of Iain Banks, Steven Moffat, John Wagner, Alan Grant, Alasdair Gray and Ken MacLeod, have given us pop icons like Dr Who and Judge Dredd, and taken us to parallel universes and post-apocalyptic worlds. 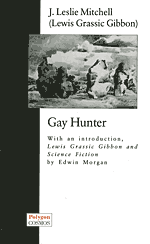 Visitors to the display saw around 60 exhibits, from unpublished works to vibrant graphic novels. Notable among these items are: 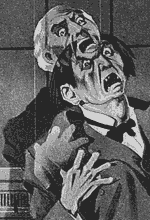 'Jekyll and Hyde'
illustration from 1930

Our display began at the point when Scottish writing took its first flight into space. 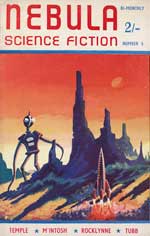 Science fiction played a small part in the writing careers of Scottish authors up to the mid-20th century.

This continued to be the case even after little-known J T McIntosh became Scotland's first major science fiction genre writer in the 1950s.

The 1950s also saw the emergence of Angus MacVicar, who wrote plays, televison and radio scripts and children's books, as well as over 70 novels in a variety of styles and genres. During that decade MacVicar adapted his own work 'The lost planet' (1953) for TV.

With increased popularity in books, comics, television, films and games, science fiction became more mainstream as the second half of the 20th century progressed.

Scots novelist, radio star and ('Take the high road') actor Michael Elder wrote sci-fi throughout the 1970s, for instance, focusing on topics such as over-population and colonisation.

In the 1980s, Scotland began to punch above her weight in the comic worlds, with futuristic creations from the likes of John Wagner, Alan Grant and Cam Kennedy to name only a few. (Judge Dredd, anyone?) 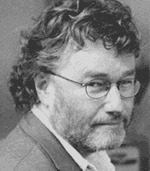 In the 21st century, Scottish writing continues to inspire and to explore the seemingly limitless galaxies of the mind.

Among up-to-date exhibits, we include material from the fantastic imaginations of Iain M Banks, Ken Macleod and Steven Moffat. Between them they have given us universe-jumping space operas, political extrapolations and acclaimed prime time television. (Dr Who, anyone?)

And alongside there are works by lesser-known figures like Gary Gibson, Charles Stross and Richard Morgan, demonstrating that the future looks bright for the genre scene in Scotland.