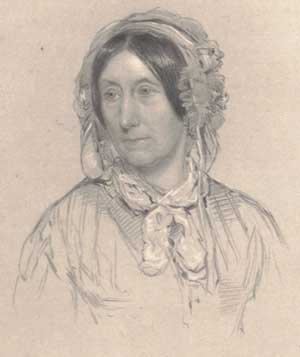 Mary Somerville was both a scientist and an excellent scientific communicator.

She translated and interpreted the works of Laplace and Newton, making these more widely known, and was influential in promoting the education and emancipation of women.

Her accolades stretch across 175 years. In 1835 she was one of the first women to be elected to the Royal Astronomical Society, and in 2010 the Royal Society rated her highly among the most influential women in the history of science. Somerville College, Oxford is named after her.

Born in Jedburgh, Mary Somerville spent much of her childhood in Burntisland. She had only one year of formal education, and was otherwise self-taught.

She first married in 1804, but was widowed three years later. In 1812 she married Dr William Somerville, who encouraged her scientific studies.

Living with her family in London, she moved in intellectual circles with some of the most eminent scientific and literary figures in British and European society.

As well as translations and journal articles, Mary wrote three major scientific works for which she received distinction from learned societies throughout the world. She and her husband settled in Italy.

Items relating to Mary Somerville featured in our display 'Celebrating Scottish women of science', which ran at the National Library of Scotland from 1 March to 30 April 2013.