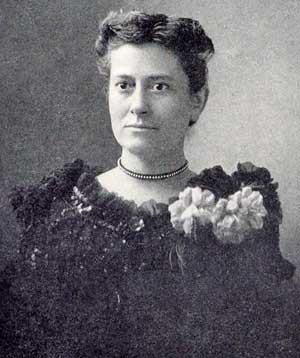 Williamina Fleming discovered 10 novae, more than 200 variable stars, 160 stars of other types, and 59 nebulae, including the Horsehead Nebula — a dark cluster of gas and interstellar dust in the constellation of Orion.

Williamina and her husband emigrated from Dundee to the USA in 1878, but shortly afterwards she was left as a single parent.

After a time working as a maid, she was offered employment at the Harvard College Observatory. Her job involved examining spectra on photographic plates, which recorded starlight using a prism in front of the telescope lens. This made it possible to see spectra even from faint and distant stars.

Using a magnifying glass, Williamina meticulously inspected these plates. She made notes of her observations in tabular form, where variable stars were described in terms of the brightness and intensity of different areas of their spectra.

At the time of her death she had handled over 200,000 fragile plates.

In her day, Williamina Fleming received considerable recognition for her work.

Items relating to Williamina Fleming featured in our display 'Celebrating Scottish women of science', which runs at the National Library of Scotland from 1 March to 30 April.