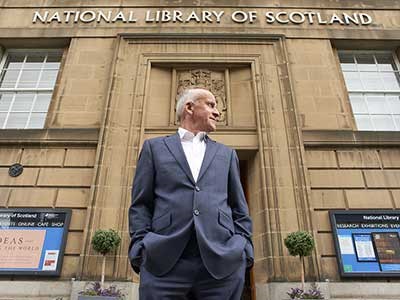 Dr Scally has been National Librarian for the past seven years.

Dr Scally has also been involved in the acquisition of a number of noteworthy collections, including the Ian Rankin literary archive, the MacKinnon photograph collection, and Scotland's first printed work, the Aberdeen Breviary (1509).

Last year he launched the Library's five-year strategy 'Reaching people', which commits the organisation to engaging with its audiences in new ways.