Success for appeal to save unique literary collection 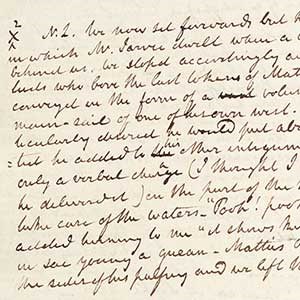 The National Library of Scotland's appeal to bring home precious manuscripts by Scotland's bards has been successful.

Unseen by the public for almost a century, the collection was due to be sold at public auction. The National Library worked as part of a UK-wide consortium to successfully delay the auction to allow time to raise the £15 million needed to save the material. The consortium's fundraising appeal was led by the Friends of the National Libraries.

In Scotland, the National Library worked with Abbotsford and the National Trust for Scotland to raise the funds. Several organisations, hundreds of individual donors, the Scottish Government, the Foyle Foundation and the National Heritage Memorial fund generously donated to the appeal. The balance was funded by Sir Leonard Blavatnik, who contributed the largest amount ever given to the UK by an individual for a literary treasure.

Once the Scottish organisations take possession of the materials, they will work towards conserving the key works and making them publicly accessible. 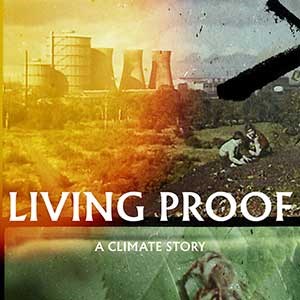 The documentary film 'Living Proof: A Climate Story' is available to view online free from today until 31 January.

Currently touring to cinemas in Scotland, the film reveals Scotland’s post-war history as seen through the lens of current climate change debate. It invites audiences to revisit the promises of the past and consider how they relate to our future on this planet.

'Living Proof' was directed by Dr Emily Munro, a Learning and Outreach Officer at the National Library of Scotland, and uses footage from the Library's Moving Image Archive. It results from a collaboration between the Library and Film Hub Scotland.

People based in the UK can view the film via INDY on Demand and Cinema at Home Screen Argyll. The film is subtitled and captioned. In the new year, film archive professionals across the world will be able to watch it on the International Federation of Film Archives member platform IRIS.

National Library of Scotland Board opportunities

The Scottish Government is looking for four new members for the National Library of Scotland Board.

Scottish Ministers are seeking Board members who reflect the many and diverse communities in Scotland.  They are looking for people who can bring their lived experience, as well as their knowledge and expertise of their field, to the Board.

Of particular interest are candidates with experience in:

The closing date for applications is Friday (midnight), 10 December 2021.

Further information is available on the Board recruitment page. 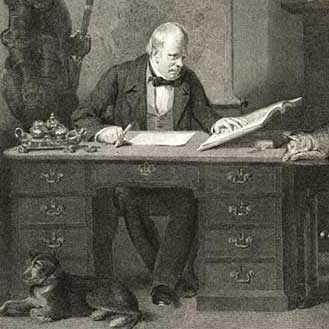 A display celebrating Sir Walter Scott's contribution to the historical novel has opened at the National Library of Scotland's George IV Bridge building.

'Sir Walter Scott and the Historical Novel' features the original manuscript of Scott's novel 'The Heart of Mid-Lothian' in his own hand, alongside correspondence and engravings. The Library holds the largest collection of Scott's literary manuscripts, papers and correspondence.

Artworks by Edinburgh College of Art students accompany the display. The first-year students created illustrations inspired by scenes from 'The Heart of Mid-Lothian'.

This year marks the 250th anniversary of Scott's birth. The Library is part of 'Walter Scott 250', a partnership network honouring the anniversary through various events and projects over 2021 and 2022.

Find out more about visiting on the exhibitions page.

Saving Scott and Burns manuscripts for the nation 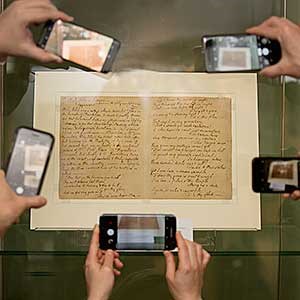 The National Library of Scotland has launched an appeal to bring home some of Scotland's most important literary manuscripts.

Sir Walter Scott's handwritten manuscript for 'Rob Roy', and Robert Burns' earliest surviving poems in a 'Commonplace Book' are in a privately owned collection. If the appeal is successful, the manuscripts will return to Scotland.

Known as the Honresfield Library, the collection of 500 items also includes letters penned by the Brontë siblings, Jane Austen and Lord Tennyson.

To learn more about the appeal, or to donate, visit the 'Bring the Bards Home' page.

A feature-length documentary about the climate crisis, directed by the National Library of Scotland's Dr Emily Munro, is set to tour the country.

'Living Proof: A Climate Story' explores Scotland's complex relationship to the global climate crisis using archive footage from the Library's collections. It revisits Scotland's post-war environmental and economic landscape to examine the impact of past decisions and consider the planet's future.

Created as a partnership project with Film Hub Scotland, screenings of the film at the Take One Action Film Festival in Glasgow and Edinburgh sold out. 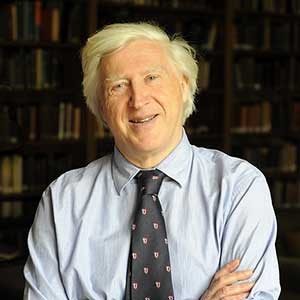 Sir Drummond Bone has been appointed Chair of the National Library of Scotland.

Following a position as Senior Vice-Principal at University of Glasgow, he became Principal at Royal Holloway University of London and Master of Balliol College. He has also been consultant to many organisations in the Higher Education sector. Currently, Bone is the Chair of the Wordsworth Trust.

Read more in the Board Chair news release.

A Gaelic translation of the National Library of Scotland's search service gives Gaelic speakers wider access to the Library collections.

As well as increasing access to the Library's significant collection of Gaelic material, the service aims to encourage and promote the use of the Gaelic language. It also supports the National Gaelic Language Plan's goal for Gaelic to be used more widely.

Anyone can use Library Search. Only Library members can request materials for consultation in the Edinburgh reading rooms and access certain digital materials and database subscriptions. It is free to join the Library. 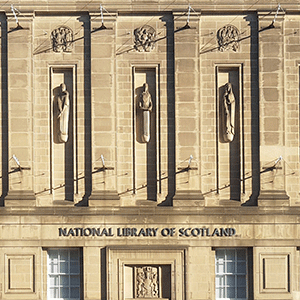 A project to preserve and explore information and misinformation about health and the Covid-19 pandemic has secured funding from the Wellcome Trust.

Starting in December, 'The Archive of Tomorrow' project will preserve 10,000 websites relating to health, both official and unofficial, from the past 18 months. They will form the 'Health and misinformation' collection within the UK Web Archive, giving researchers and members of the public access to a wide representation of diverse online sources.

One of the project's objectives is to ethically capture and describe misinformation and fake news for posterity.

Other aspects will include exploring best practice in preserving information published on the web, building up a research network across a range of disciplines, and supporting different research approaches.

Running the project will be a partnership led by the National Library of Scotland, with £230,958 of Wellcome Trust funding. 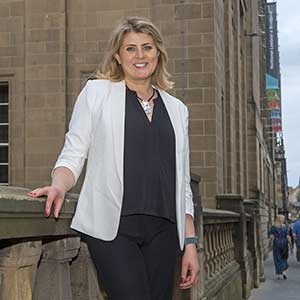 Shah, who joins the Library from the University of St Andrews Libraries and Museums, has more than 25 years' experience in the sector, including public and academic libraries. In addition to her wealth of leadership experience, she was recently a member of the Library's Board.

As former Chief Executive Officer of the Scottish Library and Information Council, she led on the development of Scotland's first National Strategy for Public Libraries. She has a strong interest in diversity and inclusion and the role libraries, literature and culture play in empowering individuals and communities. In her previous role of Director of Programme at the Scottish Book Trust, Shah worked to promote literacy and a diverse reading and writing community in Scotland.

Following the current National Librarian John Scally's retirement on 1 October, Shah will take up her new post on 4 October.