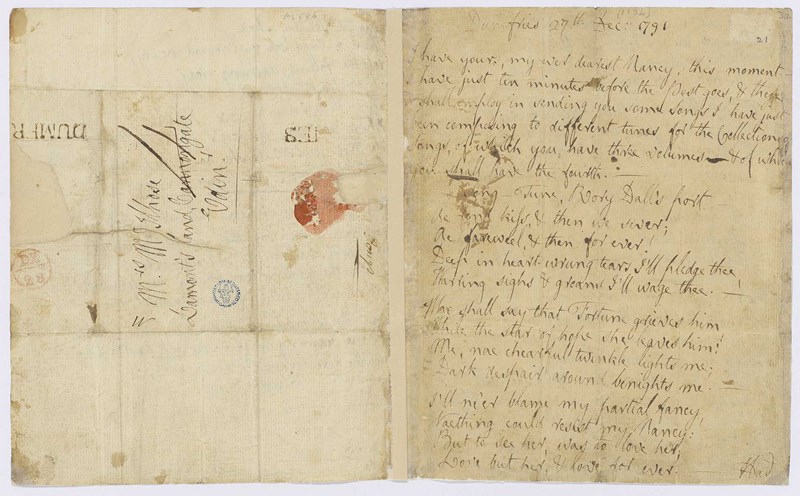 A love letter by Robert Burns, on long-term loan from the National Galleries of Scotland (Watson Collection).

With Agnes on the point of leaving for Jamaica to attempt an ultimately fruitless reconciliation with her husband, Burns wrote what he thought would be the last letter to his 'Nancy' in December 1791.

Within the letter he included his heartfelt song of parting, 'Ae fond kiss', which is now one of his most well-known love songs.

The Library is among the world's leading collectors of Burns books and manuscripts.