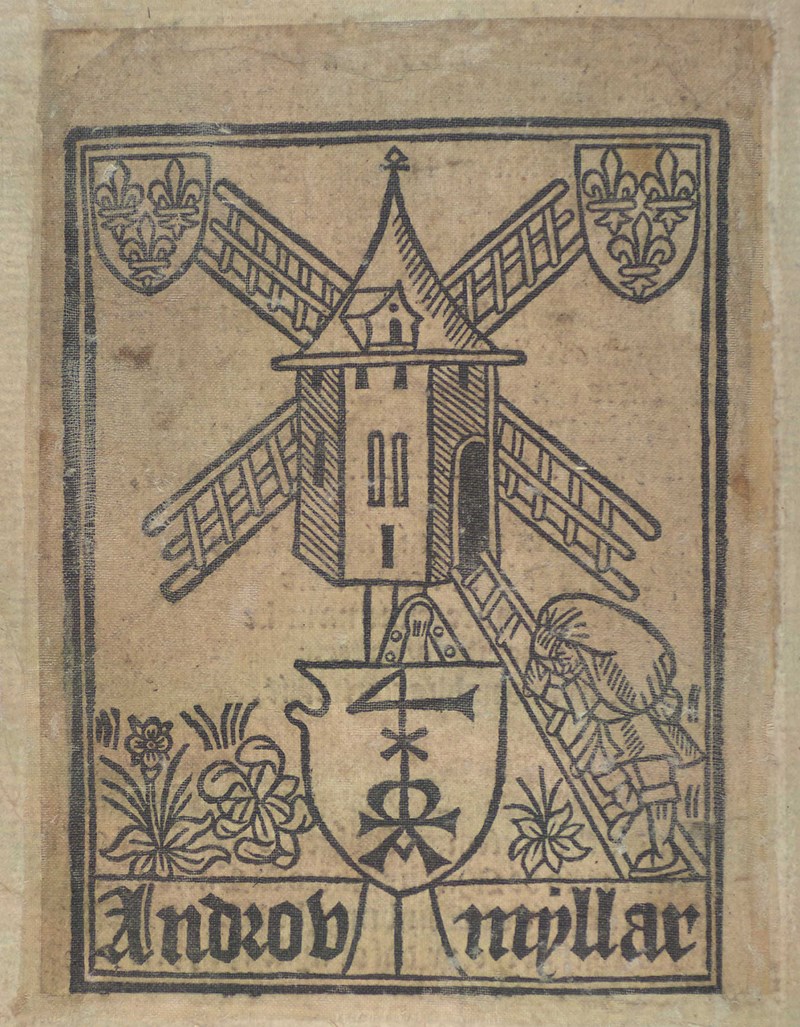 Printing was introduced to Scotland in 1507 on the direct instruction of King James IV.

The King charged his 'beloved servants' Walter Chepman and Androw Myllar to 'acquire and bring home a press with all accessories and skilled men required to use it'.

Chepman, a textile merchant, and Myllar, a bookseller, imported a printing press from France and set it up in Edinburgh's Cowgate. Scotland's first printing press operated for two years between 1508 and 1510. Only a few items survive that were printed on this press.

A volume containing nine booklets printed by Chepman and Myllar in Edinburgh is known as 'The Chepman and Myllar Prints'. They include poems written in Scots about chivalry and adventure and one prose text. Three of the poems are now only known through this printing.

Note: This item is on display until 9 July. From 15 July, it will be on show in rotation with the Aberdeen Breviary. To find out when it will next be available to see in the exhibition, please ask a question online.