Explore: A Scottish song with a Viennese twist 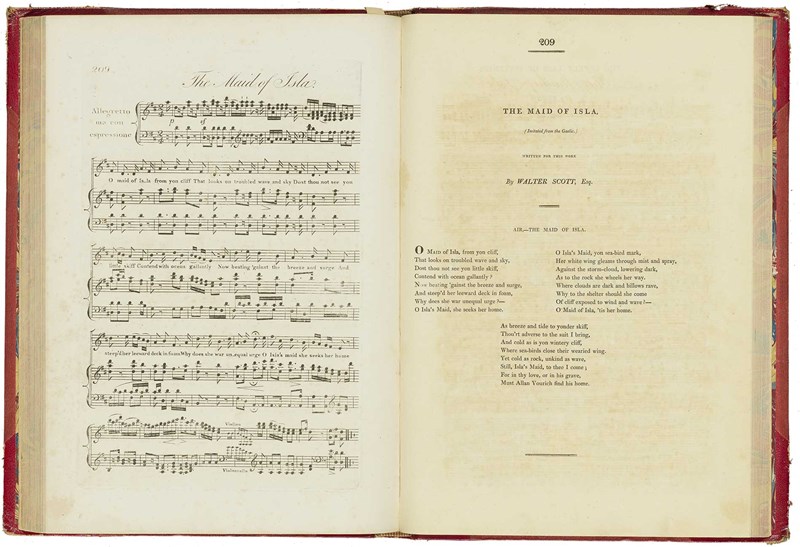 'The Maid of Isla', with words by Walter Scott and musical arrangement by Ludwig van Beethoven.

Around the turn of the 19th century, Scot George Thomson (1757 to 1851) wanted to make Scottish songs more widely known.

He commissioned famous European composers, including Ludwig van Beethoven (1770 to 1827), to write arrangements for Scottish songs.

Thomson sent the song 'The Maid of Isla' to Ludwig van Beethoven to write accompanying musical arrangements. The result is the unique sound of a Scottish song with Gaelic origins and a classical Viennese accompaniment.

In a letter held in the Library, Beethoven writes to George Thomson discussing his arrangements of folk-songs of various nations and his Scottish song compositions, as well as the pricing for the work.

While Thomson was criticised for his non-traditional approach, these arrangements succeeded in promoting Scottish songs outside Scotland. There are more than 40 volumes of these historical editions in our collections.

'A select collection of original Scottish airs' volume donated by Alexander Wood Inglis of Glencorse (1854 to 1929) in 1929.

This item was on display from March to July 2022.