The Bible in English: John Wyclif to King James VI

A small display of material relating to the King James Bible ran from 2 November 2011 to 8 January 2012.

Our display marked the 400th anniversary of the most famous English translation of the Bible.

The King James Version, published in 1611, is recognised as one of the most significant contributions to written English.

It is the result of almost 200 years of work by scholars, religious reformers and editors to let people read and hear the Bible in their own language.

The path to the King James Version

The path to the printing of the King James Version was anything but smooth.

James VI and I

Along the way, translators and printers had to contend with objection, obstruction and persecution by the authorities.

They weren't helped, either, by the varying religious affiliations of the Tudor monarchs.

As a result, to avoid punishment for heresy, some of them prepared and printed their translation on the Continent.

In our small display we charted significant milestones on the rocky road to the English Bible.

The highlight of the exhibits from our collections was a first edition of the 1611 King James Version. 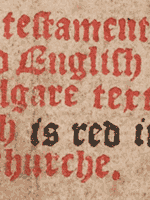 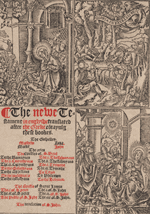 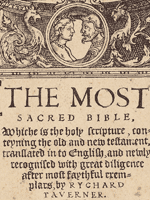 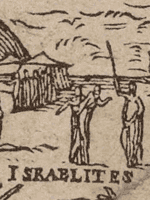 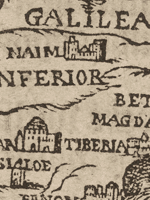