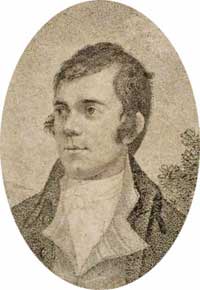 Examples from the greatest collection of Robert Burns's handwritten work, gifted to the people of Scotland in 1914. This display ran from from 23 January to 30 March 2014.

The Glenriddell Manuscripts are two volumes of poems and letters by Robert Burns.

The single largest collection of Burns's manuscripts in existence, they are recognised as one of the main treasures at the National Library of Scotland.

Yet without an act of generosity on the part of a Burns enthusiast 100 years ago they could have been lost to Scotland for good.

This display celebrates the gift of these volumes to Scotland in 1914 after they had been first housed in Liverpool and then sold to American buyers. 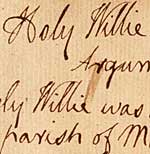 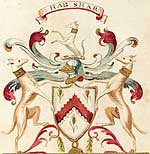 Along with exhibits on loan from other organisations, visitors can see:

A tale in two parts

The story of the Glenriddell Manuscripts is one of appreciation and friendship, outrage and generosity — of personal feelings and national pride.

Our display tells this tale in two parts — relating how these manuscripts came into being, and revealing what happened to them after the poet's death. 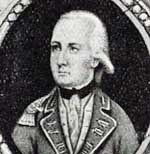 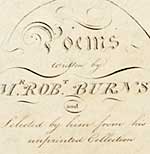 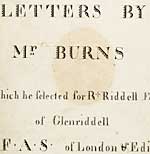 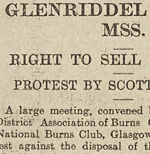 During his time as a tenant farmer at Ellisland in Dumfriesshire, Robert Burns (1759-1796) struck up a friendship with Robert Riddell of Glenriddell, a close neighbour.

Riddell encouraged the poet to write by presenting him with two leather-bound volumes for Burns to fill with his poetry and prose.

One volume, featuring more than 50 poems, Burns presented to Riddell — to judge from what is written on the preface — in April 1791.

However, the second volume, containing examples of letters he had written, stayed in Burns's possession, as his friendship with the Riddell family ended abruptly in 1793.

At the poet's request, Riddell's sister returned his first volume to him in 1794 following her brother's death.

After Burns died in 1796, the manuscripts passed from his widow, Jean Armour, to Dr James Currie, who was preparing a critical edition of Burns's works.

The volumes stayed in the possession of the Curries until 1853, when they were presented to the Liverpool Athenaeum. Here they stayed relatively undisturbed for over half a century.

Then, in 1913, the Liverpool Athenaeum decided to sell the manuscripts to raise funds. There was an outcry in the press when word got out, and efforts to prevent the sale drew support from high-ranking figures of the time.

It seemed the Glenriddell Manuscripts were destined to leave British shores when they were bought by a bookseller who arranged their sale to an American client. 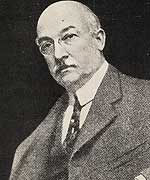 Luckily for the Scottish nation, their next buyer was a Burns enthusiast who generously determined that these 'precious writings', as he described them, should return to their homeland.

To ensure that they could not be sold again, John Gribbel of Philadelphia protected them with a deed of trust.

The deed and the special box that Gribbel commissioned to house the Glenriddell Manuscript are among the items on display at the National Library until 30 March.

A look at the life of Robert Burns, featuring items from our collections and from other organisations.