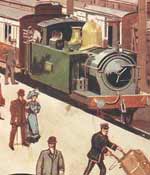 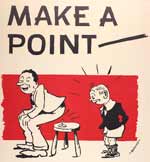 Scottish working people's history was the subject of our display from 2 September to 30 October 2011.

Items relating to working people in Scotland featured in this display at the National Library of Scotland.

Exhibits told the story of Scottish working people's efforts to improve work and social conditions in Scotland and beyond. They included:

The collection of archival sources at the National Library of Scotland that cover working people's history is unrivalled.

A significant amount of this material has been donated or deposited through two organisations:

Records of the working-class movement

This display paid homage to these organisations and their invaluable contribution to labour history.

They have traced and preserved some of the oldest surviving records of trade unions, co-operative and friendly societies, educational bodies and activists involved in the working-class movement in Scotland.

Among collection highlights on display were:

In the early days trade unions were small, locally-based organisations of skilled workers mainly concerned with regulating the trade.

As their structural organisation became more sophisticated, the unions created mechanisms of financial support and protection for their membership before the welfare state, as we know it today, was established.

They played a key role in the negotiations over pay and hours of work with employers.

Friendly societies and the co-operative movement

Friendly and benefit societies were one of the earliest forms of workers' organisation in Scotland.

They were set up by groups of people to protect themselves against hardship usually as a result of old age and illness.

The co-operative movement in Scotland can be traced back to 1761, when the Fenwick Weavers' Society, the earliest co-operative society for which full records exist, was established.

The co-operative movement took off in Scotland in the 1860s. By 1868 there were over 130 co-operative societies in the country.

Education and literacy became a vital aspect of the working-class movement.

Many trade unions and co-operative societies established lending libraries for their membership.

In the late 19th century Socialist Sunday Schools and Fabian Societies emerged in Scottish towns and cities to encourage the spread of socialist values and to promote political debate.

Independent workers' education was another significant development in the early decades of the 20th century.

The National Council of Labour Colleges and the Workers Educational Association played a key role in providing tuition to working men and women.

Industrial action and political activism enabled workers to put on the table their demands for better pay and working conditions, and to conquer basic rights which nowadays are often taken for granted.

This class-orientated activism evolved into more sophisticated forms of political organisation in the late 19th century and the early decades of the 20th century.

Key figures of the labour movement such as Keir Hardie were widely respected abroad for their contribution to improving the lives of the disadvantaged.

Scottish working men and women maintained strong links with trade unions and left-wing political organisations in other countries, particularly those under the influence of the former USSR.

Ordinary Scots also played a key role in international conflicts such as the Spanish Civil War (1936-1939), fighting against fascism as part of the International Brigades.