Welcome to our family activities area, featuring stories, crafts, and things to make and do, all inspired by the National Library's collections.

Have you ever enjoyed a fish supper? Fish and fishing have been important to Scotland for many hundreds of years. In this activity, you can find out more about fishermen, fishwives, and herring lassies, and listen to stories about two magical fish. 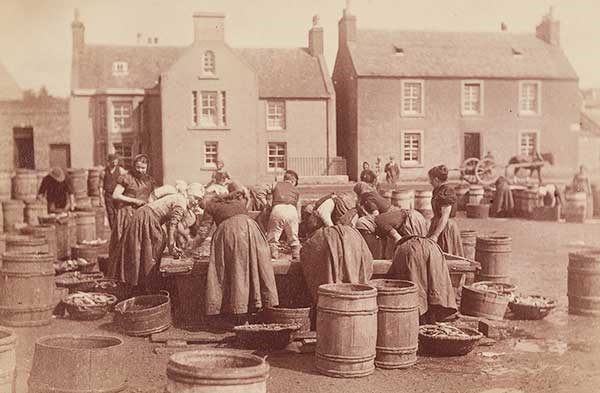 Listen to a story

Our first tale is 'Mary Mochrie and the miracle cod', from storyteller Jan Bee Brown, and includes mermaids, miracles and a missing ring! 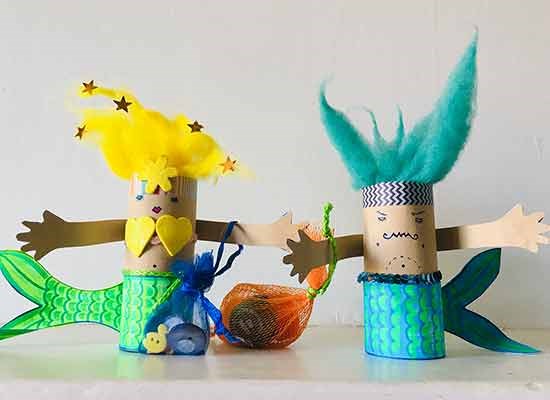 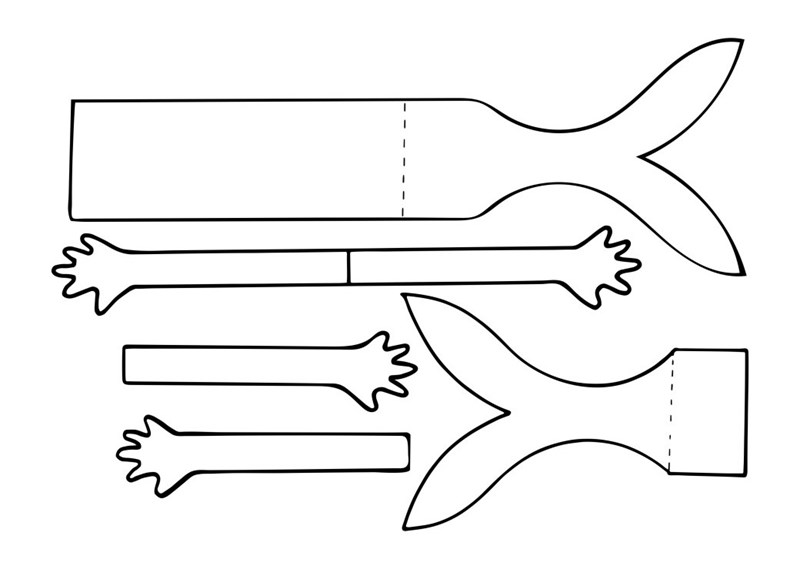 In the story, Mary Mochrie thinks she sees a mermaid — a mythical creature that's half woman and half fish.

Now it's time to make your own mermaid, or merman.

All the details you need are in the mermaid and merman instructions PDF (606 KB KB; 1 page).

Can you give them names inspired by the sea? Can you find any other stories and legends about the merfolk?

Almost 300 years ago, a sailor told how he a met a mermaid near Inverness, after a great storm. She took him to her castle under the waves, guarded by five huge sea snakes. She also gave him a ring which he kept and brought back with him. Here's the story as it appeared in the news sheet at the time: 'The wonder of wonders' broadside.

Can you draw the mermaid's castle and ring? 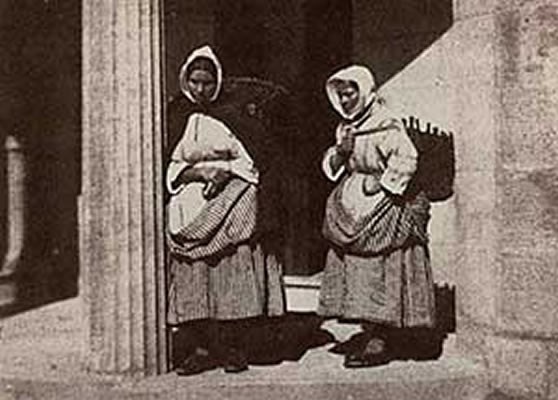 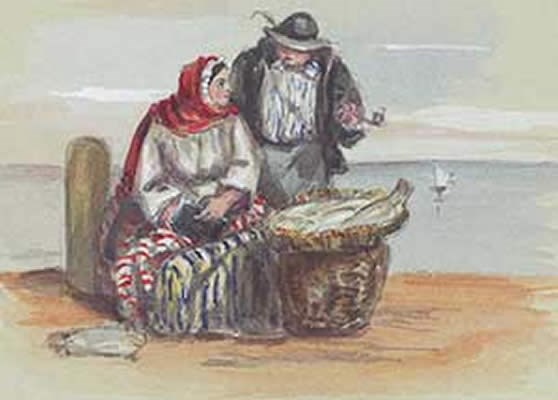 'Fisherfolk', a watercolour drawing by Katherine Jane Ellice, around 1850

In the story, Mary Mochrie buys the cod (a type of fish) from a fishwife. In the past, women would carry big baskets — creels — of fresh fish on their backs from the fishing villages to sell in the towns and cities. The creels were very heavy — about the weight of an adult man — and the women had to walk many miles. They were very strong!

The fishwives were easy to recognise by their clothes — usually striped skirts and folded aprons — and by their street calls. In Newhaven, near Edinburgh, the fishwives would call, 'Wha'll buy my caller herring?' The Scots word 'caller' means 'freshly caught'.

This Scottish song is about the dangerous work of the fishermen, and about the fishwives who sold the herring. Listen to the song, then join in with the chorus.

The words of 'Caller Herrin'

Listen to 'The Fisherman and His Wife' story

If you could wish for anything at all, what would it be? This next story is about a magic fish that grants wishes, and a fisherman and his wife who keep changing their minds!

'Fisherman and His Wife' transcript 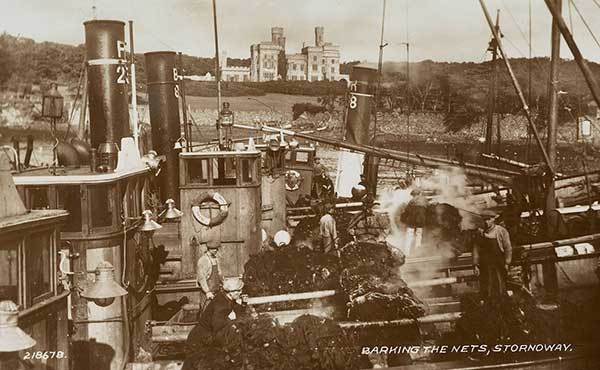 'Barking the nets', from the MacKinnon Collection of photographs

For hundreds of years, many communities around the coast of Scotland were focused on catching and selling fish. The men would go out in the boats to bring in the fish, and the women would work to gut, salt, pack, and sell the fish. It was hard work, and the whole community was involved.

Some women, known as the 'herring lassies', would follow the fishing boats along the east coast of Scotland and England, from Shetland to Great Yarmouth. They would travel by train, boat, or ferry to each port, and would work away from home for many months during the herring season. 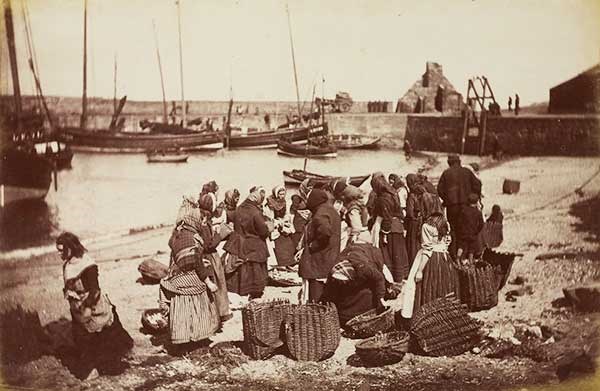 Herring lassies at Cockenzie, from the MacKinnon Collection

The women worked long days, and bound their hands with 'clooties' — strips of cloth — to help protect against cuts and the sting of the salt water. They worked fast, and could gut as many as 50 herring a minute.

At the end of this 'North Sea Herring Fleet' film from 1935 (silent film; 6.35 minutes), you can see some herring lassies at work.  Imagine the smells and sounds that there might be.

How many fishy words can you find from the stories that you've heard?

Find out more about mermaids in myth and legend from the National Maritime Museum in Greenwich website.

Listen to the 'Song of the Fishgutters' on the Scots Language Centre website.