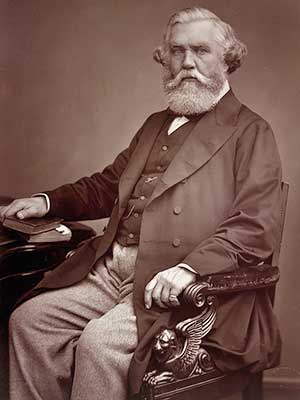 He was also famed as an archaeologist due to his excavation of ancient cities in Iraq.

Between 1845 and 1847 and 1849 and 1851 Layard excavated the 7th-9th century BC Assyrian royal palaces at Nimrud in modern Iraq. However, Layard initially incorrectly identified the site as Nineveh.

Through his excavations of buildings, palaces and libraries, Layard discovered many statues and treasures.

He displayed many of the sculptures he had discovered — including, at the British Museum, colossal statues of winged bulls which caused a sensation.

John Murray published many of Layard's works, including the lavish and beautifully illustrated two-volume book 'Nineveh and its Remains' (1848-1849) and 'Discoveries in the ruins of Nineveh and Babylon' (1853).