Photographs in the collections 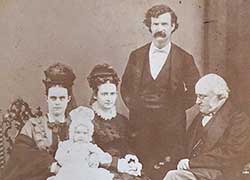 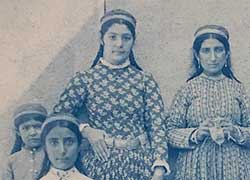 Over 300,000 photographs exist in collections at the National Library of Scotland, dating from the 1840s to the present day.

Mostly the photographs are part of the Archives and Manuscript collections, but others are held in our collections of maps, rare books and music, and in general collections and the Moving Image Archive.

Often they are associated with other material — for example, in personal or organisational archives.

Collected since the 1840s

Scotland played a key role in photography from early on. The National Library's forerunner, the Advocates Library, began acquiring books illustrated with original photographs in the 1840s, when photography was in its infancy.

As a result of more than 170 years of collecting, the photographic collections at the Library: 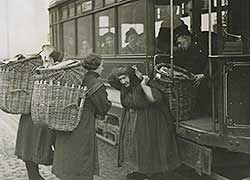 Acquired by the National Library of Scotland and the National Galleries of Scotland, the MacKinnon Collection consists of 14,000 photographs of Scottish life across 100 years.

Images dating from the early days of photography capture day-to-day scenes, chart social and economic changes in Scotland between the 1840s and 1940s.

The collection includes original photographs by some of photography's pioneers — such as Hill and Adamson, Thomson and Ross, and Thomas Annan.

There are also examples of the work of some of Scotland's successful commercial photographers, along with daguerrotype portraits and handmade albums.

More about the MacKinnon Collection 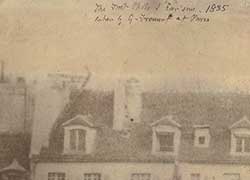 In the papers of James Nasmyth is a photograph of a Paris rooftop, annotated by Nasmyth as dating from 1835.

If the date is correct, this print would have pre-dated Louis Daguerre's announcement of his 'daguerreotype' process to the public in 1839.

Strengths of the collections

The scope and scale of our photographic material means that our collections are strong in several areas, such as: 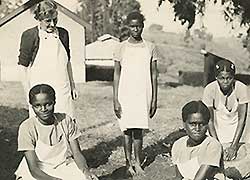 One of the most substantial photographic collections is part of the Church of Scotland World Missions Board archive.

With an estimated 40,000 images on glass slides, negatives, prints and photograph albums, the collection ranges from around 1878 to well into the 20th century.

It covers India, Africa and China, Europe and North America, and includes rarely found images from Scots in the New Hebrides, now Vanuatu.

View a selection of the photographs in the International Mission Photography Archive. 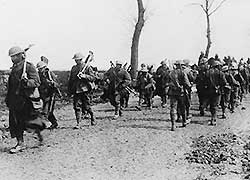 The papers of Earl Haig [Library reference: Acc.3155] include a substantial collection of rare prints of the work of official British photographers on the Western Front during the First World War.

Amounting to around 6,000 images, this is an important visual record of the war. View the photographs online in 'First World War official photographs'.

A very different view of the First World War can be found within the photograph albums and prints which are part of personal archives of men and women serving during the war. Examples include: 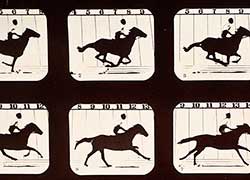 Plate from 'The Attitudes of Animals
in Motion'

Another of our greatest photographic strengths is our collections of photographically illustrated books and albums. Highlights include:

Read more on our page on photographs in the Rare Book Collections.

We have rich collections of printed books, archives and manuscripts relating to mountaineering and exploration in Scotland and abroad. Many include substantial collections of images on glass slides, prints and in photographic albums dating from the 1880s to the present day. Examples are:

Significant figures from Scottish photography who are represented in the collections include: 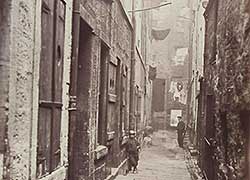 We hold archives of modern Scottish photographers, too, such as:

You can find details of more than 400 books and other photography related items by using the 'Browse by shelfmark' option on Library Search to look for the shelfmark 'Phot'.

If you have any questions about photographs in our collection, please email us at enquiries@nls.uk.