This section of the National Library of Scotland's website gives you some useful information if you have no previous experience with rare books. It tells you what kind of books are rare, how to treat them and how to buy and sell rare books.

Please note: We do not give valuations as a matter of policy.

What is a rare book? 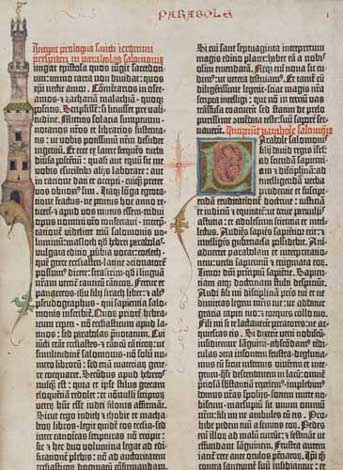 From a book collector's point of view, a rare book is 'a book you want badly and can't find', or a book that is 'important, desirable and hard to get'. However, there is no clear-cut definition of what makes a book a rare book. Even different libraries and booksellers employ different criteria. The terms 'rare', 'antiquarian' and 'old' are not clearly defined or indeed distinguished.

The rarity of a book has different aspects, too: 'rarity' can refer to the way the book is supposed to be handled, to the number of existing copies, and to its value.

Strictly speaking, a book's age does not matter. In general, books printed within the handpress era, which covers the period from the invention of the printing press in the 1450s until the mechanisation of printing in the first half of the 19th century, can be considered rare.

However, as time moves on, books printed in the 19th century will be classed as rare books too - in fact, due to the poorer paper quality they are often more brittle and fragile than older books!

But it is certainly not the case that every book printed before 1901 is rare in terms of its value. Eighteenth-century editions of the Book of Common Prayer and the Bible survive in so many copies that hardly any of them are valuable.

Large research libraries class books as rare in order to ensure that they are handled and read with particular care, often in separate reading rooms and under supervision. In the National Library of Scotland these are books printed before 1801 and books which belong to Special and Named Printed Collections.

A book can be absolutely rare because there were very few copies printed. It may tell you inside the book that it is one of a certain number of copies, or that it was printed for private circulation only. For instance, only two copies of the 1894 edition of Robert Frost's 'Twilight' were ever printed.

A book can be relatively rare because only very few copies have survived, even if many were originally printed. The Library's copy of the second book printed in Gaelic, for example, is the only known copy. Until another copy surfaces, such an item is regarded as unique.

Another example of only known copies are the earliest dated books printed in Scotland, which the Library holds. Indeed, there are books known to have existed, but of which no copy is known today, e.g. the first book printed in Italy. And of course, a book which nobody has ever thought of looking for is often as difficult to find, and thus is rare in practical terms.

First editions, especially if printed in small numbers, are particularly prized by book collectors. An example is the first hardback edition of 'Harry Potter and the Philosophers' Stone', of which only 500 copies were printed.

Apart from its scarcity, the condition of a book will also affect its value. Obviously, a complete copy of a book is more valuable than an incomplete one, even if there is only a page missing. The same applies to multi-volume works: a complete run is more valuable than scattered single volumes. A book's state of repair is another important factor in determining its value. Torn and damaged pages and bindings can considerably reduce a book's value.

The Gutenberg Bible is one of the best-known rare books in the world. Only 180 copies were printed, so it is rare. Only around 50 of these 180 copies survive, which makes it even rarer. And of these copies, only about 20 are complete, i.e. they contain all printed pages. The National Library of Scotland owns one of these complete sets. Of course, in terms of numbers the Gutenberg Bible is not exceptionally rare, but in terms of the value of a complete copy it certainly is.