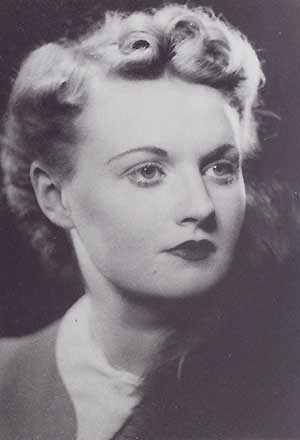 In August 1937 Muriel Spark arrived in Southern Rhodesia to marry Sydney Oswald Spark. Her son Robin was born there in 1938, but her marriage did not last.

On the ship to Africa, Spark wrote the first of a trail of evocatively lyrical poems that trace her voyage and punctuate her travels.

Titles such as 'Three Thoughts in Africa', 'The Victoria Falls', and locations including Madeira, Cape Town, and North Rhodesia, tell of her reflective yet restless quest for experience.

The most insightful gaze into her time in Africa is contained in the correspondence between Spark and Nobel Prize winner Doris Lessing. They lived close to each other in Southern Rhodesia, but didn’t meet and correspond until many years later.

Lessing writes: '… how and why were you there. You must see it is a fairly improbable combination, Muriel Spark and Southern Rhodesia'.

Spark, with typical economy, reveals: 'I had secretarial jobs. I preferred Bulawayo to Salisbury … I won a poetry competition … I was really very young and rather dumb. I would have loved to meet you'. 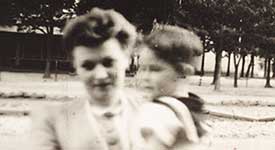 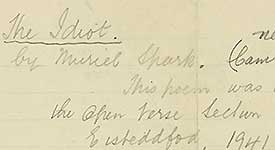 Manuscript of 'The Idiot' 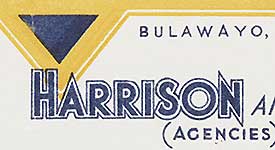 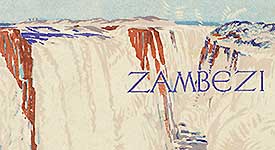 Among the 'Africa' items in the Muriel Spark exhibition are: