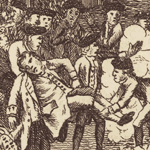 Our display about American independence ran from 4 July to 16 September 2012.

The focus of this display was the American Revolution and its role in founding the United States of America.

The display affords extraordinary insights into the Founding Fathers and their pursuit of liberty.

Visitors can see manuscripts dating from the revolutionary era to the early 19th century, and printed material from the 1750s to the present day.

Rare material from the National Library of Scotland's United States collection illustrates the conflicts, alliances and friendships of the period.

Scots, and Americans of Scottish descent, were key participants in the debate over independence.

Of course, some of the ideas and debates from this period are also prevalent in contemporary Scottish politics.

Material on display represents several aspects of the war: 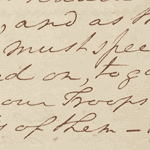 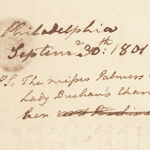 The road to revolution 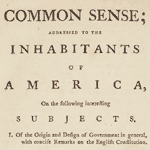 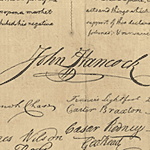 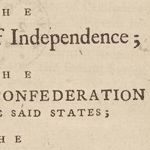 Our display begins with items representing ideas and events that set America on the path to independence.

The power of the British Government was keenly felt in the colonies as new taxes were imposed after the costly Seven Years War.

In addition to British politicians, the British monarch at the time, King George III, came to be abhorred by many in America. The Revolutionary Thomas Paine called King George 'the royal brute'.

The War of Independence

War broke out in 1775 when British troops clashed with American militia at Lexington and Concord.

On 4 July 1776 Continental Congress adopted the Declaration of Independence. The 13 colonies became states. However, Britain sent more troops and the fighting continued.

With the revolution began transformations in the social, political, and intellectual life of America.

Peace was declared in 1783. The United States shaped itself on principles of republicanism, liberalism and 'natural rights'.

This section of the display illustrates key moments in the young country's history — including the ratification of the Constitution in 1788, and the establishment of presidential government. 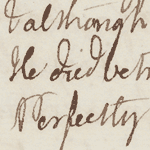 Scots Henrietta Marchant and Robert Liston married shortly after he was appointed British Minister to the United States in 1796.

Robert Liston's service coincided with a significant period in British-American affairs, and both he and Henrietta helped repair the relationship between the two countries.

The Listons also represent the special bond between Scotland and America.

Read Henrietta's American journals, and find out more about the Listons, in our feature 'The North American journeys of a diplomat's wife'.