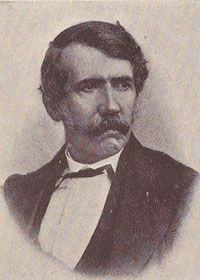 The items on this page introduce the life and travels of 19th-century Scottish explorer and missionary David Livingstone.

Through the items, you will be able to explore some of the issues and themes surrounding his work and travels.

The suggested questions prompt you to think about these items from a cultural, historical and modern perspective.

The seven sources on this page highlight different aspects of Livingstone's life and work. Sources 1, 2 and 4 highlight Livingstone's fame and achievements. The questions in these sections look at the perceptions of fame and how this is presented to the public — in Victorian Britain or today. Sources 3, 5, 6 and 7 explore some of the things he encountered during his exploration of the African continent in more detail and ask you to think about their cultural impact both in Victorian Britain and today.

Notes for teachers: The suggested questions for each item can be used with upper primary or early secondary pupils to address the Curriculum for Excellence Social Studies outcomes:

The questions can also be used as a starting point for building critical literacy skills as outlined in the Literacy across learning principles and practice guidelines:

About Livingstone, the explorer

David Livingstone was born in Blantyre, Lanarkshire, in 1813 to a devout Christian family. From the age of 10 he worked in the local textile mill for 12 hours a day. Even after his long work day, the young David still found the energy and will-power to study for another two hours at a school provided by the mill company. By 1836 he managed to save enough money to go to medical school in Glasgow where he also attended divinity lectures. In 1840 he moved to London to complete his medical studies and here he became ordained as a missionary.

In 1840 the London Missionary Society sent him to Africa for the first time and for the rest of his life Livingstone would be devoted to the exploration of that continent.

His first expedition took place between 1853 and 1856. Livingstone crossed from the East to the West coasts to look for water-based trade routes.

He returned to Britain at the end of 1856 and within days the Royal Geographic Society held a special meeting to bestow on him its gold medal; on the next day the London Missionary Society held a reception in his honour.

It was during this time that he wrote 'Missionary Travels and Researches in South Africa' and during the later part of 1857 went on a public speaking tour. By this time, 'Missionary Travel' had appeared and the first edition of 12,000 copies was sold out in advance of the November publication date with 30,000 copies sold in Britain by 1863.

Livingstone had now become a national hero and in early in 1858 he was elected a fellow of the Royal Society followed in February by an audience with Queen Victoria.

Then between 1858 and 1864 he returned to Africa. This time he had been asked to explore the Zambezi River and the land around it by the British Government.

Livingstone returned to Africa once again in 1866 and died there in 1873. His remains were returned to England and he was buried in Westminster Abbey.

Livingstone became a national hero celebrated for his exploration of Africa and campaigns against slavery. Books of his travels were made available to a wide audience and in them he introduced Africa, its environment, cultures and wildlife to his readers and discussed emotive political issues like slavery.

Anyone interested in Livingstone's life and travels in Africa can access our manuscripts collections. They holds a many Livingstone letters, journals, maps and other papers as well as that of some of his friends and associates of his African missions and explorations.

In addition to the rich and varied manuscript collections at NLS, the Library holds early and modern editions of all of Livingstone's published books, which can be consulted in our reading rooms. To find out how to get started, watch the video guides.

Find out more about David Livingstone in our collections

David Livingstone is one of a number of authors featured in the John Murray Archive.

David Livingstone on the web

Visit Livingstone Online for detailed information about the explorer and to view his letters online.

The Royal Geographical Society website has factsheets, quiz and image gallery on David Livingstone and his travels.