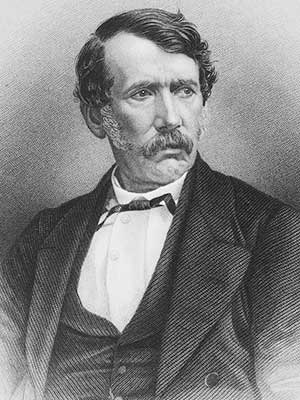 In late 1840, Scottish missionary Dr David Livingstone was sent to South Africa by the London Missionary Society. He spent many years there, seeking to spread Christianity, promote trade, campaign against slavery and explore the country.

By the time of his death there he had become a national hero in Britain.

Publishers competed to tell Livingstone's story, and John Murray was successful in persuading Livingstone to become a Murray author.

The John Murray Archive, which contains original manuscripts, proofs and letters, is a rich resource for studying the publication history of the book.

Both publishing house and author's reputation were enhanced by 'Missionary Travels and Researches in South Africa' (1857) and 'Narrative of an Expedition to the Zambesi' (1865).

'Missionary travels' was beautifully illustrated and written in an engaging and informed style.

It was phenomenally successful: the first print of 12,000 copies was sold out before publication and went on to several reprints and editions.

'River scenery on the
West Coast'