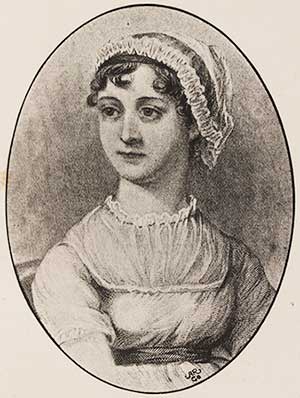 Now an incredibly popular novelist, Jane Austen was relatively unknown in her time and she made little money from her writing.

Her novels were all published anonymously until after her death in 1817, when John Murray published 'Persuasion' and 'Northanger Abbey' with a biographical note by Jane's brother Henry revealing the identity of its author. Austen bequeathed her literary copyrights to her sister Cassandra.

The John Murray Archive contains a small number of letters and documents relating to Jane Austen and her siblings' business dealings with John Murray. The business ledgers also tell us about the numbers of copies of her books printed and sold.