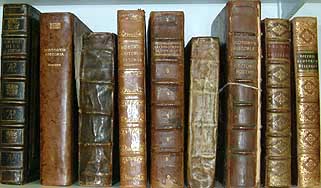 Nine copies of the first printed book solely
dedicated to the history of Scotland.

Hector Boece's 'Scotorum historiae a prima gentis origine', printed in Paris in 1527, is one of the cornerstones of early Scottish history.

The National Library of Scotland has, remarkably, nine copies in its collections, which were recently brought together for the first time in their history. Each copy has an interesting story to tell about its former readers and owners. From left to right in our photograph are the following books, with their shelfmarks: 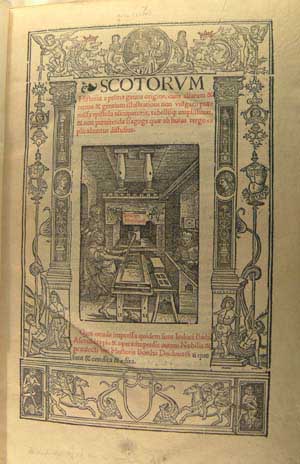 Some of these copies were prized by international collectors, others were read and studied by people of the time, whose notes record their thoughts and responses to the printed text. All these books can be consulted in the Library's Special Collections Reading Room.

We are very interested to hear about other copies of this book with marks of former ownership. If you know of such copies, do please contact us.