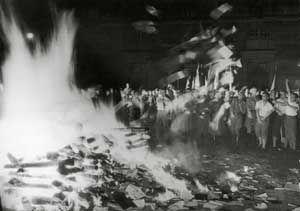 There is a long history of religious or state interference in citizens' access to information. It stretches from the banning of 'unauthorised' printing presses to attempts to stifle the worldwide web.

Penalties for freedom of expression

This has always been a serious pursuit. Penalties for freedom of expression could be very harsh indeed, including incarceration, the amputation of limbs, public flogging - even death.

Direct censorship is imposed by the enactment of laws, some sufficiently prohibitive to deter publishing in the first place. 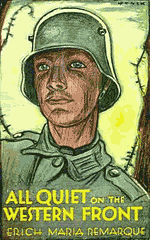 'All quiet on the
western front' -
banned by the Nazis.

The ideal of freedom of expression is strongly linked to human rights and democracy.

Recent events have shown that human desire for intellectual freedom exists as passionately as governments' desire to restrict it.

Developments such as Twitter and Wikileaks show that the fight to preserve freedom of speech is a long war with battles taking many forms.

Seemingly innocuous journals such as 'Woman's Weekly' and 'Vogue' have been deemed 'objectionable' and listed on the Irish register of prohibited publications. They were joined by famous authors, including Nobel Prize winners such as Ireland's own James Joyce. The Committee on Evil Literature of 1926 had decided that government had a duty to ban 'morally corrupting' literature. This led to the Censorship of Publications Act 1929 and the production of 'The Register'.

On display: 'Register of prohibited publications'. (Ireland. Censorship of Publications Board. Dublin, 2003).

'Some of these weapons are deployable within 45 minutes' 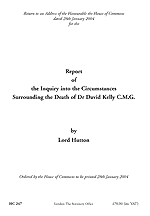 In 2002 the British Government issued a document making allegations about Iraq's weapons of mass destruction. Often referred to as the 'dodgy dossier', it focused on an alleged remark by eminent biological warfare expert Dr David Kelly in conversation with BBC reporter Andrew Gilligan. This was used to 'sex up' the dossier by claiming that Iraqi biological weapons could be deployed very quickly. The documents were not supplied to the Hutton Inquiry, but were released under Freedom of Information legislation in 2009. John Williams, a Foreign and Commonwealth Office aide who compiled the dossier, has since admitted it was wrong.

On display: Copy of a Draft document on the weapons of mass destruction threat from Iraq (July, 2002). Also on show is the Hutton Inquiry report, 2004.

'I am twenty years old, yet I know nothing of life but despair, death, fear' 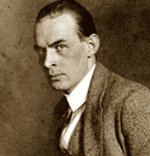 'All Quiet on the Western Front' was published in 1928 and immediately became a bestseller due to its gripping story of young soldiers during the First World War. The graphic descriptions of the horrors of warfare, the suffering of the young men and their extreme mental and physical distress resulted in the Nazi party banning and burning the book for its so-called unpatriotic stance. 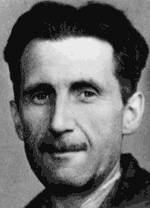 George Orwell had great difficulty trying to get his political allegory 'Animal Farm' published. Only a limited number of copies of the first edition were printed. British publishers were very reluctant to get involved with such an anti-Stalinist book and risk offending the Soviet Union, Britain's great ally during the Second World War. Secker & Warburg, although brave enough to publish the book, omitted Orwell's anti-censorship preface.

Economical with the truth

Peter Wright's memoir 'Spycatcher' made several embarrassing allegations against the British Government and MI5. The Government tried to ban the book through the English courts using the Official Secrets Act and to impose a gagging order on newspapers. However, they failed to take into account that this would have no effect under Scottish law. The book continued to be available in Scotland, and the Scottish press was free to report on the furore in England.

'He says: "We Scots have gone to seed
A revolution's what we need!' 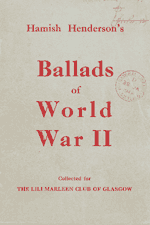 Hamish Henderson was a Scots poet, folklorist and international socialist. 'Ballads of World War II' is his collection of sometimes bawdy soldiers' songs, published privately to avoid censorship. One of them, 'The Blubbing Buchmanite', shows Henderson's rejection of moral rearmament, as peddled by the evangelist Frank Buchman. It is an exchange between Tam, who argues for revolution, and Micah, the 'creeping Jesus', who calls for meekness and acceptance of God's will.