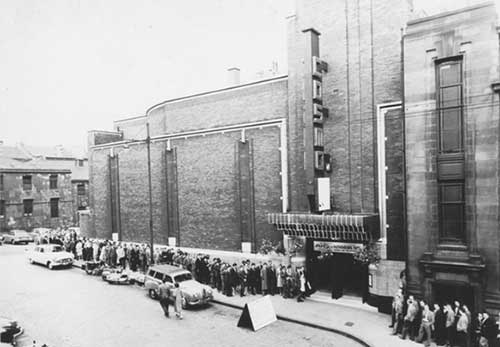 Queues outside the Cosmo Cinema in Glasgow to see 'Jazz on a summer's day', sometime around 1960.

The Cosmo opened in 1939, with seating for 850 people. Since 1974, it has been thriving as Glasgow Film Theatre, a two-screen venue that hosts annual film festivals.