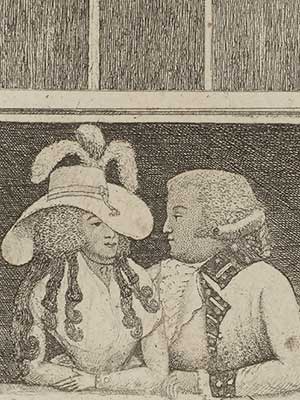 Exchange of ideas during Scottish Enlightenment was made possible by myriad clubs and societies.

These served as arenas where intellectuals could moot their thoughts and test their arguments. Constructive criticism from audiences helped expose weaknesses and strengthen ideas.

The ability to be social, and make conversation in polite society was key for any intellectual wishing to debate and philosophise about difficult or controversial subjects.

The Enlightenment was also a time for challenging societal norms, with contentious publications and performances causing controversy and unrest in some spheres.

In this themed section, visitors can get a feel for the issues being debated and the books and plays capturing the imagination of the 'literati'. 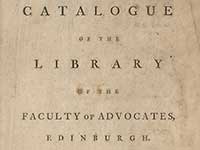 An early catalogue of the Faculty of Advocates Library reveals some of the titles read by the Scottish 'literati'. 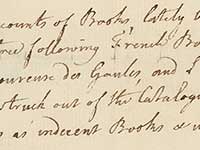 Shortly after becoming Keeper of the Advocates Library, David Hume was instructed to remove three works he had purchased. 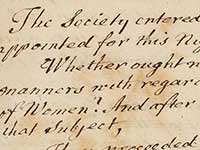 Regularly meeting at the Advocates Library, the Select Society was one of the key clubs of the Enlightenment. 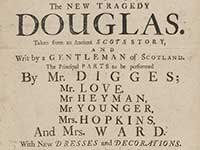 Attending the theatre was one of the sociable activities of the Enlightenment literati, especially if the play was one to be talked about.

Among the items in the 'Society and sociability' section are: