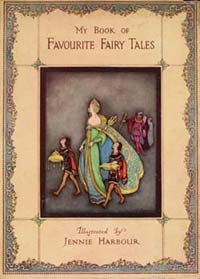 What makes a fairy tale different from other types of stories?

What do different fairy tales have in common?

There are examples of fairy tales from across the world, and the stories often have common themes and motifs.

Traditional fairy stories were created by unknown authors at a time long before many people could even read or write.

People told the stories to each other, or acted them out. They were passed down from generation to generation by word of mouth. The details of the stories might have changed slightly with each re-telling, but the main message remained the same.

Today, we often associate fairy tales with children's literature, but they were originally intended for a mixed audience of adults and children.

A set phrase used at the beginning and end of the story:

Most fairy tales begin with 'once upon a time' or 'a long time ago', and end with telling the reader that the characters 'lived happily ever after'.

Fairy tales are often set in the past, but not in a defined period of history, and they usually have a happy ending where the hero triumphs over adversity.

There is often a lot of repetition which creates a certain rhythm to the story, and also helps people to remember and tell the story. Particular phrases or words might be repeated and events often happen in groups of three or seven.

For example, Rumpelstiltskin spinning the straw into gold on three occasions and demanding three rewards from the miller's daughter.

An element of magic:

For example characters who possess magic powers which they use for good or evil, or objects which can be used to make a wish. Some characters are able to change shape, such as the frog who is transformed into a prince.

Fairy tales often feature characters who are mythical or magical, such as witches, elves, and fairies.

A problem which needs to be solved:

For example a physical challenge that can only be undertaken by the hero or central character.

For example a forest and/or castle setting are common to many fairy tales.