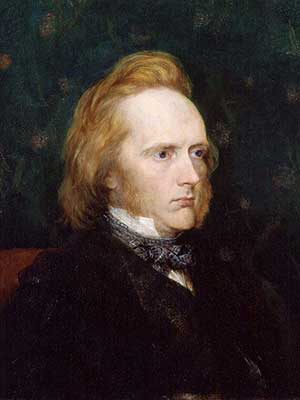 As a major landowner, the Duke of Argyll was a prominent man in society. He held many important state and institutional positions including Privy Seal, Postmaster-General and Secretary of State for India.

Argyll actively campaigned and wrote on many aspects of science, religion and politics. His interests were wide: for instance, he was an enthusiast for the development of aeroplanes, actively supported assisted emigration and strongly opposed slavery.

Throughout his life Argyll was a devout Christian and from his youth he developed a lifelong interest in geology and nature, especially birds. It was through these scientific interests that Argyll saw evidence to support the argument that the complexity of nature was evidence of divine creation.

Argyll argued that Charles Darwin's ideas were limited and that Darwin was wrong not to give God a central role in creation.

One of Argyll's disagreements was that Darwin only explained how species changed, but not how they had originated or been created. Argyll also believed in a special creation of the human body and soul.

The house of John Murray, who had published Darwin’s 'Origin of Species' in 1859 also published Argyll's poems 'The Reign of Law' (1866) and 'Burdens of Belief' (1894). In these he argued there was an obviously intelligent design in nature; that is a divine creator was evident through the complexity of nature.