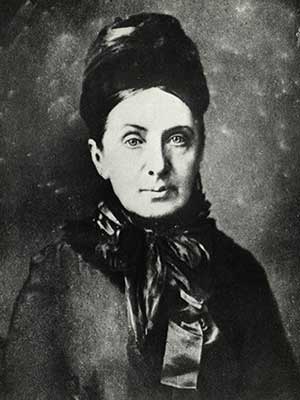 Isabella Bird — also known as Isabella Bird Bishop — was one of the 19th century's most remarkable women travellers. Her intrepid global travels and her subsequent travel books made her famous at home and abroad.

Overcoming poor health and the restrictions of a male dominated society, Bird travelled extensively into her old age.

These travels were full of danger and wonder.

Bird climbed mountains and volcanoes, she saw palaces and slums. She made great friendships with the people she met – but was also occasionally attacked and chased. An accomplished rider, she rode thousands of miles on horseback — and even a few miles on an elephant.

Bird recorded these adventures in her popular books. Her later works were beautifully illustrated with her own photographs of the landscapes, buildings and people she encountered, and many of these are now held as part of the John Murray Archive.

Bird's letters to her sister Henrietta and John Murray IV are eloquent, insightful, detailed and lengthy — one written from the Malay Peninsula is a remarkable 116 pages long!

These letters shed light on the places to which she travelled, her experience as a female traveller and author, and on the preparation of her writings for the press.

One of Bird's photographs
top