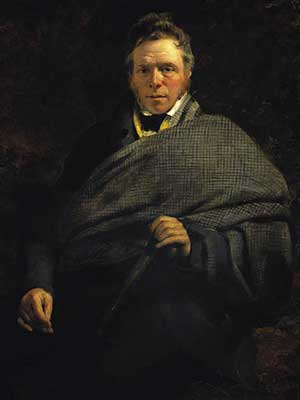 James Hogg was a Scottish farmer who, despite a lack of formal education, became a writer. Due to his rustic background he was known as 'the Ettrick Shepherd'.

Today Hogg is best remembered for his book 'Private Memoirs and Confessions of a Justified Sinner', published by Longman. Although it is now widely considered a classic, during Hogg's lifetime it did not enjoy critical success and had very few sales.

Hogg's works were published by many different publishers, including Archibald Constable, Oliver & Boyd, and William Blackwood & Sons, as well as John Murray.

'The Pilgrims of the Sun' (1815) and 'The Queen's Wake' were well received by literary critics, but Hogg earned only reasonably small amounts from his writing. As Hogg was often struggling financially, he frequently wrote to John Murray II regarding money.