'Beyond Macbeth: Shakespeare in Scottish collections'

Exhibition highlighting Shakespearean treasures and exploring what Shakespeare has meant in Scotland across the centuries. Ran from 9 December 2011 to 29 April 2012.

The exhibition explores the lives of a small group who helped bring together these collections of William Shakespeare's plays and other works about the playwright.

Their lives and activities also reveal something of the changing response to Shakespeare in Scotland over the centuries.

Built up over 400 years, the collections at the National Library of Scotland and the University of Edinburgh Library contain iconic Shakespearean material. 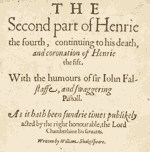 On display from these collections you will see items such as:

The people behind the collections

The exhibition focuses on three figures and one family whose enthusiasm for England's Bard led them to collect his plays and to share their discoveries about them.

Be creative while you visit 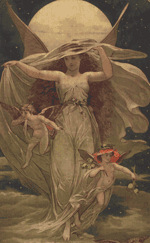 Design a costume
for Titania.

During a visit to the exhibition you can:

You can also watch two short films shot on the streets of Edinburgh in the summer.

Find out what members of the public think of Shakespeare and what for each of them is the most memorable line from his plays.

We have a small selection of modern books inspired by Shakespeare for you to enjoy in the reading corner. Titles include:

Related events at the Library

Our winter programme features several events that are Shakespeare related. See the events page for details and to book online.

'Beyond Macbeth: Shakespeare in Scottish collections'

A National Library of Scotland exhibition in association with the University of Edinburgh.

Supported by the Arts and Humanities Research Council.