Three individuals and one family are key figures who helped bring together Edinburgh's two world-class collections of Shakespeare plays. Their stories are told in the 'Beyond Macbeth' exhibition at the National Library of Scotland. 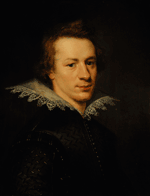 William Drummond (1584-1649) was a Scottish poet who was a contemporary of William Shakespeare. Drummond's uncle was the poet William Fowler.

He owned several quartos in his substantial library, which he gifted to the University of Edinburgh Library, where he had been educated.

Drummond's own annotiations on his copies of the lays offer us a rare opportunity to see how an early reader responded to Shakespeare's work.

During the 17th century, Shakespeare was not considered an important writer, as he is today.

It was unusual for anyone to think that his plays belonged in a university library, to be preserved for future readers, as Drummond did. 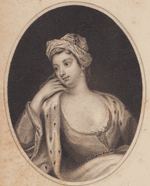 Lady Mary Wortley Montagu (1689-1762) was a glamorous Georgian court lady, celebrated as the first Western European woman to travel to Constantinople and write of her experiences.

She was not afraid to pass judgement on what she read — annotating her books with comments such as 'trash' or 'intolerable'.

As a friend of the Prince of Wales, he joined the Prince's circle in performing Shakespeare plays at country house parties. He went on to become Prime Minister after the Prince's son became George III. His political enemies named him 'MacBoot', a pun on Macbeth.

The Earl's eldest child, also named John Stuart, was created the first Marquess of Bute (1744-1814), as a reward for diplomatic service. He inherited Lady Mary's books, and added some of the most interesting early Shakespearean quartos to the family collection.

It was during the 18th century that the Theatre Royal in Edinburgh was built. Shakespeare's statue looked down from the top of the building, and the playwright's works we a constant feature of the theatre's repertoire. Read playbills from Edinburgh Theatre Royal. 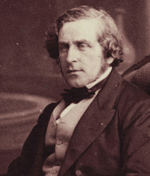 James Halliwell-Phillipps (1820-1889) produced a pioneering biography of Shakespeare, as well as a complete edition of the plays.

He created his Shakespeare collections mainly to further his studies, and arranged clippings from other early printed works in scrapbooks along with his own notes.

He also produced facsimiles of the quartos, so that he had copies of editions he could not buy.

Halliwell-Phillipps donated a large collection of books and manuscripts to the university library in 1872.

At his death he was recognised as a great Shakespearean scholar. 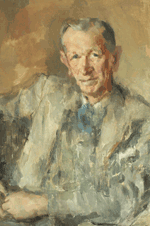 John Dover Wilson,
by Robert Lyon.
By permission of the
University of Edinburgh.

Born in Surrey, he moved to Edinburgh in 1935 to take up a professorship at the university. He produced a groundbreaking new edition of Shakespeare's works.

Wilson compared the moment when he became passionately interested in Shakespeare to falling in love.

In particular, he was facinated by 'Hamlet'. The book he wrote to explain his ideas about the play, 'What happens in Hamlet', was a popular success, and made his reputation among general readers.

Although not himself a collector, Wilson influenced the destiny of important collections. He helped arrange for the National Library to acquire the Bute collection, and influenced the university to buy a second of Halliwell-Phillipps' libraries at auction.

He wrote in his autobiography 'Milestones on the Dover Road' [NLS shelfmark: NC.263.c.8]:

'… Edinburgh has become the home of two of the fines collections of dramatic material, especially that bearing on Shakespeare himself, in the British Isles.'