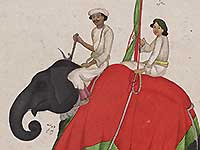 Our collections focus on colonial history and on literature in English.

Recent additions, for example, covered subjects such as:

Adding to the collections 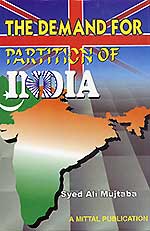 We have the legal deposit right to claim all publications relating to South Asia that are published in Britain and Ireland, and receive a number of books from Indian publishers distributed in Britain.

We also actively buy material from South Asia. Books relating to Scotland and the Scots are of particular interest.

Our current collecting policies emphasise the presence of the British in India, as well as colonial and postcolonial history and literature in English.

Standard works of reference, in particular dictionaries, encyclopedias and sacred texts, are given high priority, and selected politics and social science publications are bought. Himalayan mountains and mountaineering are covered extensively in the Graham Brown collection.

You will also find material on South Asia in other Library collections. Travel and exploration have been strongly featured themes since collecting began around 1700, and both the printed and the manuscripts collections have works dealing with South Asia in general and British India in particular.

The manuscript collections are especially rich in material relating to: 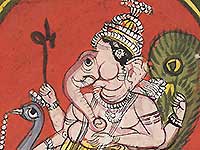 For the study of the administration of British India, papers of significance are those of:

There is also a handful of manuscripts in indigenous South Asian languages in the collection, together with paintings, sketches and photographs.

Of particular importance is the India Papers collection.

This contains over 4,000 volumes relating to the Imperial Government and the government of many states (the majority of which came under British rule), dating mostly from post-Mutiny re-organisation to Independence in 1947

The India Papers collection is unique in Scotland, and there is only one similar to it in the UK (at the British Library).

There are also gazetteers and guidebooks covering South Asia, as well as books about the its historical cartography.

Microform collections of interest for the study of South Asia are: