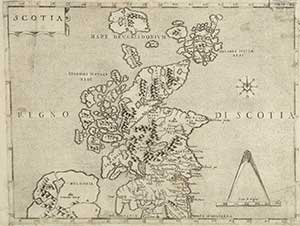 The origins of the map collection date from around 1700 when the first maps were acquired by the Advocates Library, the forerunner of the National Library.

In 1911 the legal deposit privilege was extended to maps, and the map collection has benefited from the large number of maps and atlases published in the UK which come to the Library by this means. As a result, the bulk of the collection is of printed mapping, with only a few thousand manuscript maps.

Initially map material was part of the general collections, but in 1958 it was recognised that maps needed special expertise and storage, and a separate Map Room was established. In 1974 pressure of space at the George IV Bridge Building led to the Map Room moving to 137 Causewayside.