Cause and prevention of leprosy 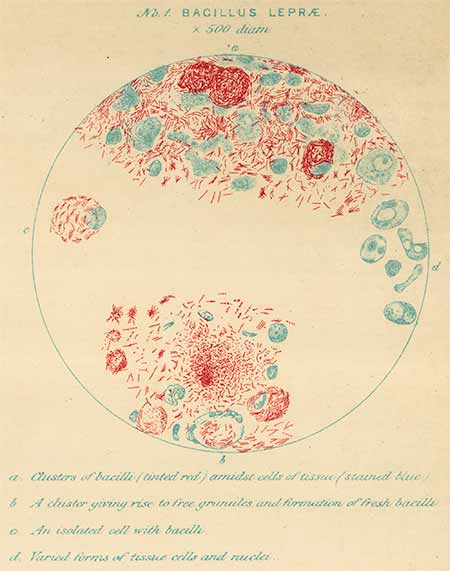 Leprosy bacilli from 'Memorandum on the prevention of leprosy by segregation
of the affected', 1887.

Leprosy is a chronic bacterial infection which produces skin disfigurements of the face and limbs. The bacterial cause of leprosy was discovered in 1873, but effective medical treatments weren't available until the 1940s.

From the 12th century, acts were passed which demanded lepers to be segregated from unaffected people. Leper hospitals and houses were founded throughout the country, in Shetland, Aberdeen, Ayrshire, Stirling, Glasgow, Edinburgh and Roxburgh. In segregation, lepers had to fend for themselves.

The last known Scottish case of leprosy was recorded in 1798.