The Reformation: What was it all about? 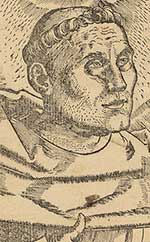 Key texts and documents highlighted this display exploring the early years of the Reformation in the 16th century. Ran from 19 October 2017 to 14 January 2018.

On 31 October 1517 at a church door in Wittenberg, Luther put up a poster with 95 theses, intending to stimulate academic debate on Church indulgences.

His Latin theses were printed, translated and circulated widely — and sparked developments that ultimately resulted in the establishment of the Protestant Church.

'The Reformation: What was it all about?' was a display marking the anniversary of the 95 theses, with original material on display from collections held at the National Library of Scotland.

Taking pride of place in the display were a first edition of the 95 theses in book form and the papal bull that excommunicated Luther in 1521. 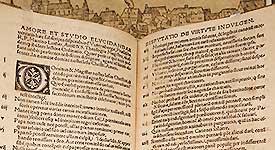 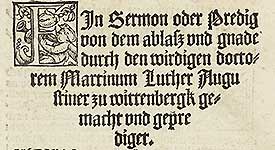 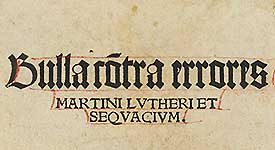 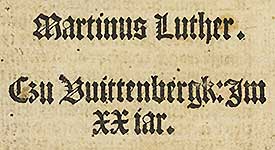 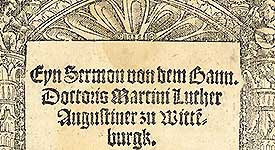 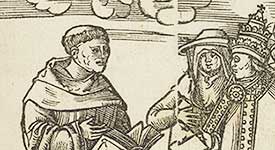 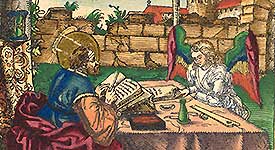 The Bible in German 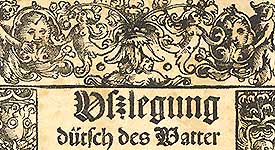 The Lord's Prayer in German

Augmenting these documents were contemporary woodcut portraits of the main players and venues, as well as scenes from daily life.

Items in our Reformation display signposted the stages of the dramatic development of the controversies that arose from Luther challenging the Pope's authority.

The question of whether the 95 theses did actually appear at that door on 31 October 1517 has no bearing on the tumultuous reaction they sparked.

They signal the starting point, if only symbolically, of the split of Western Christianity into the Catholic and Protestant churches.