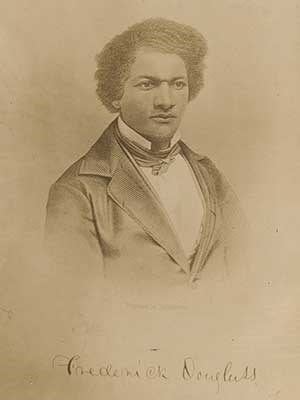 The Caribbean was not the only place in which Scots established connections to slavery.

Tobacco grown by enslaved people in the Chesapeake region was crucial to the economic relationship between North America and Scotland, particularly Glasgow and its so-called 'Tobacco Lords'.

Funded by the profits from the tobacco trade, the economic development of 18th-century Glasgow was linked to the labour of enslaved people.

Glasgow and the tobacco trade

In the 1700s, Glasgow's tobacco merchants used an innovative arrangement known as the store system.

They set up stores across the North American colonies, which were run by agents. Tobacco planters were able to obtain goods from these stores on credit as long as they promised to sell their tobacco to the agents (see reference at the end of this section).

Examples of Scots involved in the tobacco trade in North America are held in the manuscript collections at the National Library of Scotland.

These brothers worked for the Glasgow firm Messrs Speirs and Company. James was a storekeeper in Virginia and then a plantation worker in St Vincent. Meanwhile, William managed a store in Maryland.

In the 19th century, Scots became involved in the campaign for the abolition of slavery in the United States of America. Slavery was not abolished there until 1865.

A microfilm copy of the William Smeal Collection at the National Library. (The original is held by the Mitchell Library in Glasgow.) It contains manuscripts and printed material on the anti-slavery movement in Britain during the Smeals' lifetimes. 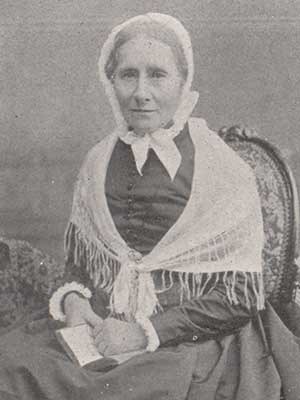 Eliza Wigham (1820-1899) played a leading role in the Edinburgh Ladies Emancipation Society. She was also prominent in the temperance, suffrage and peace movements in the late 19th century. Her story was published in 'Eliza Wigham: A Brief Memorial'.

Frederick Douglass (1818?-1895) escaped slavery in 1838. He went on to become a famous political figure, campaigning for the abolition of slavery.

In 1846, during a tour of Britain and Ireland, he visited Scotland. Among the Library's collections is a printed report about an anti-slavery meeting Douglass attended in Paisley. He returned to Scotland in 1859 and 1860.

Moses Roper (around 1815-1891) wrote 'Narrative of the Adventures and Escape of Moses Roper', which was published in Berwick in 1846. Roper visited Scotland in 1836, speaking at many venues throughout the country.

Harriet Beecher Stowe (1811-1896) wrote one of the best-selling books of the time. 'Uncle Tom's Cabin' was published in 1852 and inspired by the 1849 memoir of Josiah Henson. Her first visit to England and Scotland in 1853 is described in 'Sunny Memories in Foreign Lands'.

Material at the National Library relating to an illustrated version of 'Uncle Tom’s Cabin' includes a letter from Stowe to her publishers, Adam and Charles Black, written by her brother Charles Beecher (1815-1900). We also hold a copy of Stowe's 'A key to Uncle Tom's cabin; presenting the original facts and documents upon which the story is founded. Together with corroborative statements verifying the truth of the work.'