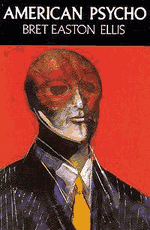 From sexual preferences to drug-taking, anything that challenges society's norms will often find vociferous objections. Sometimes this leads to the outlawing of particular behaviours or activities.

Yet even where such behaviour is legal, there will always be people who will object to something they do not agree with, whether on religious grounds or because of personal beliefs and prejudices.

Of course, social mores differ from place to place.

Threats to a society's self-image or the fear of social disorder can be a powerful impetus to the suppression of information. But opposition and constructive debate can change society's values and standards over time.

Ironically, successful challenges to injustices such as racism, sexism and so on — so-called political correctness — has itself now become an effective censorship tool. It encourages people to self-censor in order to maintain social conformity or else risk ostracism. 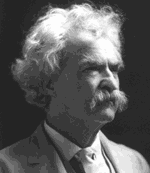 Mark Twain's satirical novel 'The Adventures of Huckleberry Finn' shocks with its repeated use of the words 'injun' and, more often, 'nigger'. But his character Huck Finn accepts slavery as a given, as did many white people at the time, despite its abolition some years previously. The deep-rooted racism of the Deep South is the very thing that Twain was satirising.

On display: 'The Adventures of Huckleberry Finn', by Mark Twain. London, Chatto & Windus, 1884.

Alan Gribben expurgated an edition of 'Huckleberry Finn' - for example, changing 'nigger' to 'slave'. He did this to circumvent the problems he encountered when trying to teach the book. Critics claim he has, in effect, censored it, as the book should be seen in the context of the social mores of that time.

'Once upon a time, there was a little black boy …'

Helen Bannerman's fantasy story of a black child's adventures with some tigers has been frequently challenged on the grounds of racism.  To add to the problem, several versions of 'The Story of Little Black Sambo' have been published. Some depicted the characters as grotesque caricatures, ensuring that controversy and debate raged as racial consciousness grew. Bannerman and her family strongly resented such allegations.

'A satire via hyperbole and excess'

'Lord Horror' was the last book to be banned in Britain under the Obscene Publications Act. David Britton was imprisoned for four months, though this was overturned on appeal. The book has been described as a satire on anti-Semitism and the rise of Fascism — the main character is based on the wartime traitor Lord Haw Haw. However, the writers have resisted attempts to categorise the book.

'I have been half in love with easeful death'

Books on euthanasia are banned in Australia. Legislation there was amended in 2001 to 'prohibit absolutely the importation of devices and documents that are designed or customised to be used by a person to commit suicide or to be used by a person to assist another to commit suicide'. In addition, the Suicide Related Materials Offences Act (2006) prohibited assistance through mail, internet, etc., with heavy penalties for infringement.

On display: 'Final Exit: the practicalities of self-deliverance and assisted suicide for the dying', by Derek Humphry. (Eugene, Hemlock Society, 1991). 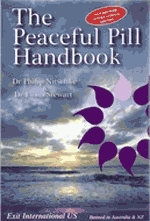 The 'The Peaceful Pill Handbook' has been made available over the internet to circumvent efforts to ban it. The Australian Government proposed blocking 'undesirable' websites with its Mandatory ISP Filtering legislation. However, since the last election produced a hung parliament this has stalled due to opposition from some political parties. Assisting suicide in England and Wales carries a potential 14-year jail term.

'What would your response be, if I asked you to remove some books from the collection?'

'Daddy's Roommate' by Michael Willhoite tells the story of a boy's father's relationship with another man. It was infamously the subject of an alleged library banning order by the then mayor of Wasilla, Alaska, Sarah Palin. This claim has been difficult to verify, though the current library director states that it was removed, but not due to pressure from Palin. Other reports say that Palin was simply asking a hypothetical question.

Two guys and a chick

'And Tango makes three' is based on true events at New York's Central Park Zoo. This children's book tells of a male penguin couple who adopt and hatch an egg. It led to parental demands to restrict the book in school libraries as it 'promoted' homosexuality, making it one of the most challenged books of recent years. Such censorship was found to be contrary to the First Amendment of the US Constitution.

On display: 'And Tango makes three', by Peter Parnell and Justin Richardson. (London, Simon and Schuster, 2007). 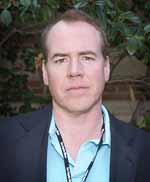 'American Psycho', Bret Easton Ellis's satirical novel on American society, contains extreme violence, torture, drug taking and sexual scenes. Ellis received numerous death threats and hate mail after publication, in particular because of its portrayal of violence towards women. The book continues to divide critics, who either feel it is 'revolting', 'sick', 'a bloodbath' or a sharp commentary on consumerism and the vacuity of yuppie culture in the 1990s'.