Rich seams of material relating to theatre in Scotland run through many of the collections at the National Library of Scotland.

From the 16th to the 21st centuries, items in a variety of formats cover every aspect of theatre and theatre-going. 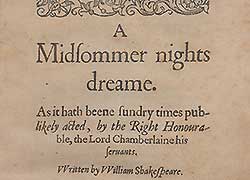 We hold a world-class collection of early modern and Restoration English drama, primarily in the Bute Collection, including many early editions of William Shakespeare's plays. We also have a copy of the first folio edition of Shakespeare's plays published in 1623.

Digital copies of all our pre-1642 Shakespeare quartos are available online.

We have the first, 1602, printing of the Scottish herald David Lyndsay's morality drama, 'Ane satyre of the thrie estaits', first performed in full in the 1550s. 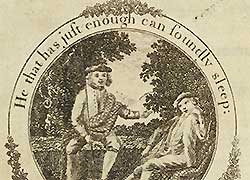 Engraving from a 1780 edition
of 'The Gentle Shepherd'.

Scotland's first public theatre was not opened until 1736, though before that plays and other kinds of drama were performed at venues such as courts and schools or at local festivals. Our collections include early editions of the small number of Scottish plays printed before 1736.

We have several early editions of the 1725 drama 'The Gentle Shepherd' by Allan Ramsay (1684-1758) which was turned into a ballad opera and became a favourite of the Scottish stage.

The play 'Douglas' by the Rev John Home (1722-1808) was first performed in Edinburgh in 1756. An instant success, it also caused an outcry because it had been written by a minister of the Church of Scotland. Along with our early editions of the play, there are works relating to the controversy surrounding it. 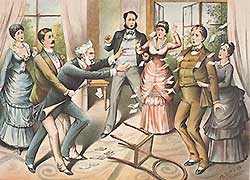 Detail from a poster for 'Loose
Tiles', from the Weir Collection.

We hold a good collection of playbills for the Edinburgh's Theatre Royal, advertising performances and events from 1807 to 1851, as well as a few examples dating from the 18th century.

Also in the collections are several texts of stage adaptations of the novels of Sir Walter Scott. Books from the library of Edinburgh lawyer and author Sir Theodore Martin (1816-1909) relate mostly to his wife, the famous actress Helena Faucit (1817-1898).

Our collections contain posters and other theatrical ephemera from a variety of places in Scotland, and periodicals and newspapers featuring advertisements and reviews of performances.

Through legal deposit and other collections we also have an extensive range of plays published in the British Isles before 1900.

We also have plays printed in Europe, particularly French drama and translations and adaptations of works by Scottish authors such as Sir Walter Scott.

More about theatre resources in the Rare Book Collections

Our Archives and Manuscript Collections are particularly strong on theatre from the 1950s onwards.

We continue to add: 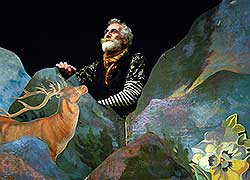 John Byrne and his pop-up set for
'The Cheviot, the Stag, and the
Black, Black Oil.
View 3D models of this set

You can consult this type of material in person in the Special Collections Reading Room. We recommend that you contact the Archives and Manuscripts team in advance of your visit to make sure we can make the item(s) available.

At the National Library there is the largest collection of printed material relating to 20th and 21st century Scottish theatre in a public collection in the world.

As a consequence of UK legal deposit, we hold copies of most plays published in the UK and Ireland, including acting editions, and an externsive — though incomplete — collection of London and provincial theatre programmes.

It is also worth noting that at the Library we have extensive newspaper collections, which have reviews, previews, listings, interviews, special editions and theatrical information in abundance

Use Library Search to find details of material you can consult in the General Reading Room.

Theatre in the 20th century is also represented on film — from pantomime in the 1930s to famous names in rehearsal and television interviews with playwrights.

Read more about theatre in the Moving Image Archive. 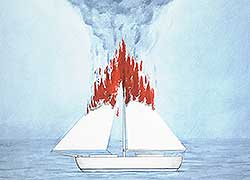 Detail from a poster for 'Sailmaker'
at the Traverse Theatre, Edinburgh.

We have extensive collections on the history of theatre in Scotland.

There are publications by and about the most influential theatres and touring companies in Scotland including the Scottish National Players, Borderline Theatre Company, Traverse Theatre, and the National Theatre of Scotland, which was established in 2006.

Significant among the Archives and Manuscript Collections are the archives of a number of theatre companies, notably:

More about cultural and theatre archives

See also our page on the Edinburgh Festival. 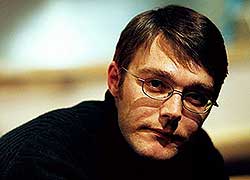 We have a comprehensive collection of published plays by Scottish playwrights.

Literary archives at the Library can include correspondence, photographs and unpublished play scripts. In some cases we hold the only surviving copy of a play.

Among recent acquisitions are the papers of playwright, critic and television producer W Gordon Smith (1928-1996) and playwright Andrew Dallmeyer (1945-2017). 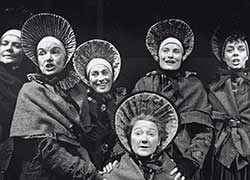 Theatre-related photographs feature across the collections, and are part of many of the theatre company and literary archives.

The archives of three photographers in particular each contain a large theatre collection, including production photographs: 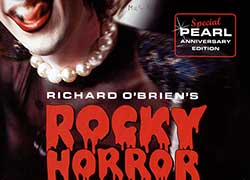 We have more than 12,000 playbills, posters and programmes published by over 300 different theatres from throughout Scotland.

Details are recorded in the Scottish Theatre Programmes database, which we update regularly.

To see an item mentioned in the database you have to visit our Edinburgh reading rooms. Use the shelfmark given in the database to search for the item using Library Search, which will tell you about its availability.

Material in the theatre programmes database

Theatre has been the subject of two exhibitions and a treasures display in our George IV Bridge building in recent years: 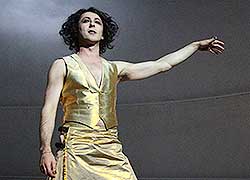 View 3D models of John Byrne's set for 'The Cheviot, the Stag, and the Black, Black Oil'

An introduction to 12 important plays and playwrights from 1970-2010

Theatre in our Digital gallery

View items from the collections in the theatre category of our Digital gallery. Includes resources for schools