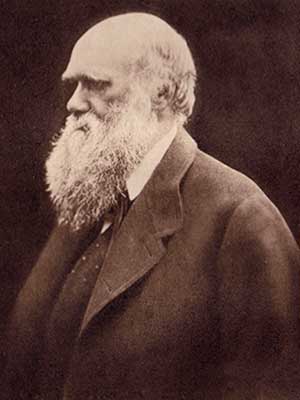 John Murray published Charles Darwin's 'On the Origin of Species', widely recognised as the foundation for evolutionary biology, on 24 November 1859.

In the book, Darwin put forward the argument that species evolved from common ancestors through the process of 'natural selection'. This was particularly controversial, as it suggested that humans were not created by God, but had evolved from other animals.

Both Darwin and John Murray III were aware of the impact that the book would have on the scientific community and on the British public.

Correspondence held in the John Murray Archive between Darwin and Murray — and people Murray asked for advice — reveals the history of this seminal work.

John Murray III had to make a decision about the effect that publishing the work would have on the reputation of the firm.

His risk paid off — 'Origin' sold out its first edition of 1,250 copies quickly and a corrected second edition of 3000 copies was published in January 1860. Murray continued to publish revised editions. He also published Darwin's 'The Descent of Man' (1871) and 'The Expression of the Emotions in Man and Animals' (1872).

When John Murray bought the firm of Smith Elder & Co in 1916 they acquired Darwin's titles 'The Structure and Distribution of Coral Reefs' and 'The Zoology of the Voyage of HMS Beagle'.

Other works about evolutionary theory

These included the works of geologist Sir Charles Lyell and the Duke of Argyll.

One of Darwin's strongest critics, Samuel Wilberforce, reviewed 'Origin' in the 'Quarterly Review' (1860).