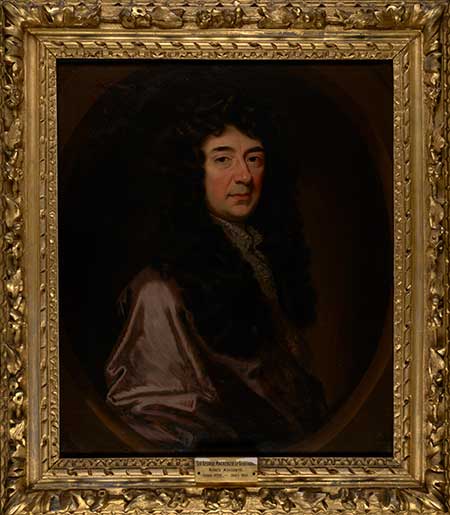 Dundee-born Sir George Mackenzie of Rosehaugh (1636/1638-1691) was a lawyer and a politician who published works on various subjects.

He was widely regarded by his contemporaries as 'the brightest man in the nation'. In the turbulent 17th century, however, he was involved in several 17th-century fracas including witch trials and the violent suppression of Covenanters, which earned him the nickname: 'Bluidy Mackenzie'.

He founded The Library of the Faculty of Advocates and gave an inaugural speech in 1689. He originally intended the Library to be a collection of legal works, however, the Library soon began to collect wider genres of material.

Read more about the history of the Faculty of Advocates.