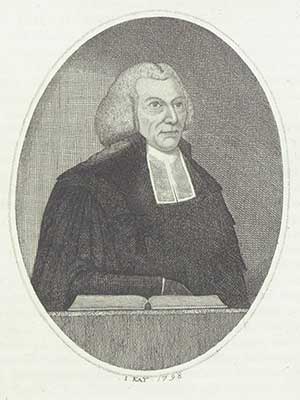 The origins of language and use of rhetoric was a popular area of Enlightenment study, as it offered a way to learn more about humankind and humanity's development.

There was a trend in some circles for Scottish language and literature to be aligned with English models of polite society.

Other Enlightenment intellectuals, however, saw the potential of Scottish literature as a means of shaping a national identity and encouraged the use of Scots words in poetic works.

Writing in Scots together with an increased interest in Gaelic culture was a way to develop a distinctive character for the country.

This themed section showcases some of the most important literary works of the 18th century. Visitors can also gain an appreciation of the movement to promote works in Scots. 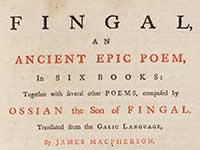 James Macpherson adapted ancient Gaelic ballads to create the Ossianic poetry cycle. Part of this work was 'Fingal', published in 1762. 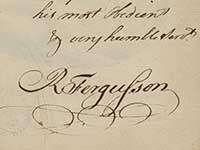 Fergusson's collected poems, including works in Scots and English, were published in one volume in 1773. Several copies carried dedications to other authors. 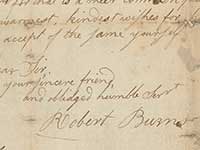 Robert Burns expresses pride in his Scots education in a letter to his former tutor.

Letter from Hugh Blair to Burns 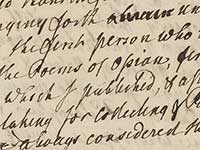 Among the items in the 'Language and literature' section are: