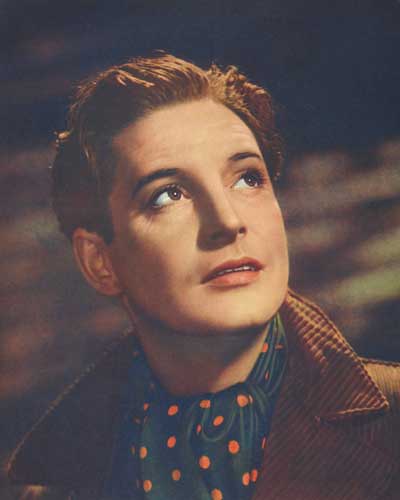 Robert Donat was a British matinee idol in the 1930s.

Alfred Hitchcock let him loose on the Forth Bridge in his film version of John Buchan's 'The 39 steps'.

And in 'The ghost goes west', Donat played both the Jacobite ancestral ghost and the cash-strapped modern-day laird who follow a castle to Florida.