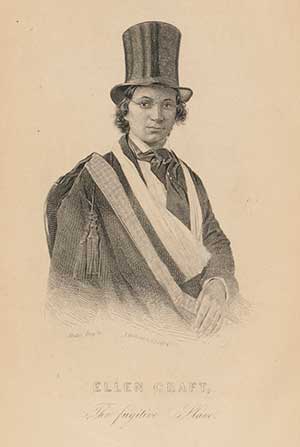 Ellen Craft portrayed in the
male disguise she wore for her escape. 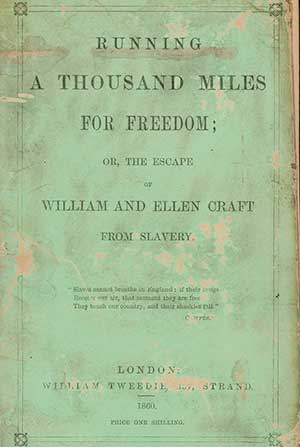 Frederick Douglass was one among many 19th-century women and men to emancipate themselves from chattel slavery in the United States of America and to campaign for social justice.

In December 1848, Ellen Craft (1826-1891) and her husband William Craft (1824-1900) made history by their sensational method of escaping plantation slavery in Macon, Georgia. Ellen Craft wore male attire and passed as a white slaveholder travelling with her enslaved servant, her disguised husband, William Craft.

The escape was successful, and arriving in the UK, they delivered lectures about their journey to packed audiences. In 1860, they published their life story, 'Running a Thousand Miles for Freedom; Or, The Escape of William and Ellen Craft from slavery'.

In the book William describes Ellen's initial reaction to the idea for their escape:

'After I thought of the plan, I suggested it to my wife, but at first she shrank from the idea. She thought it was almost impossible for her to assume that disguise, and travel a distance of 1,000 miles across the slave States'.